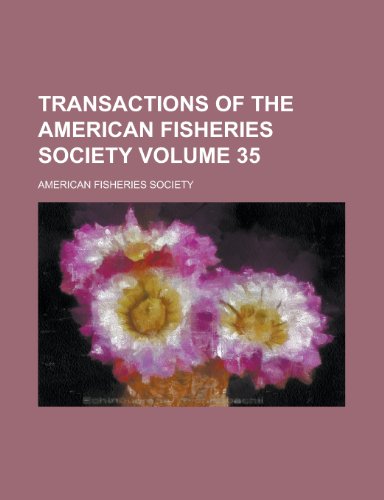 Book may have numerous typos, missing text, images, or index. Purchasers can download a free scanned copy of the original book (without typos) from the publisher. 1906. Excerpt: ... tion, and not a general standard. I do not think it is safe to have a general standard, and the Bureau of Fisheries does not want any more eggs planted or distributed on paper than are actually put out; and that is eo also of a good many states; I want to emphasize the fact that there are a good many states where they can make 303 or 400 per cent. of fingerling fish out of 100 per cent. of eggs, and we know that they have not had any eggs except those that have been sent to them; but this difficulty in measuring is another matter. We want to find a measure that will not vary. We have discussed different ways, we have discussed having a quart measure that tapers to a small diameter at the top, as the variation is, of course, very largely in the filling up at the top. Mr. Ncvin: The pike eggs we get at Lake Winnebago run 120,000 to the quart, while those we get at Tomahawk Lake ran 80,000 to the quart. Mr. F. R. Bassett: I would like to ask Mr. Titcomb regarding the separation of eggs by salt, if the floating eggs will remain floating during an indefinite time, or will they eventually sink? Mr. Titcomb: I cannot answer that accurately. My impression is that they do not; that they sink. Prof. Reighard: There is one other point in Mr. Titcomb's paper that interested me, viz: the finding of eggs and two different stages of fry in a single bass nest. It seems that this occurred in lakes.where bass where very numerous, where there was overcrowding. Now, from what I know of the habits of bass and the other fish of that family, I take it that the male fish guarding the nest will continue to receive females, as long as there are females available, within certain time limits. It is simply a question of the number of females. As a practical point the condition referred to may perhaps be prevent...