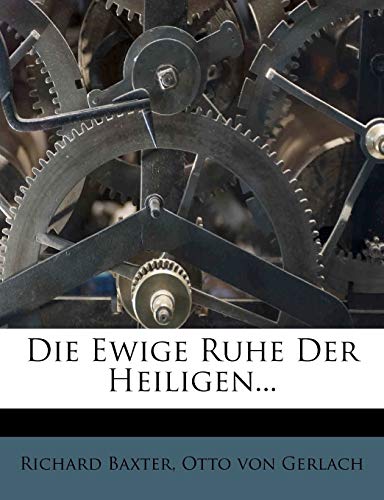 Richard Baxter (1615-1691) was a prominent English churchman and peacemaker who sought unity among Protestants. Born in Rowton to parents who undervalued education, he was largely self-taught. At age twenty-three he was ordained into the Church of England. Baxter became even better known for his prolific writing, with more than two hundred works to his name. His devotional classic, "The Saints' Everlasting Rest", was one of the most widely read books of the century. When asked what deviations should be permitted from the Anglican Book of Common Prayer, he created an entirely new one, "Reformed Liturgy", in two weeks. His autobiography and his pastoral guide, "The Reformed Pastor", are still widely read today.

Gebraucht kaufen
Zustand: Gut
A copy that has been read, but... Mehr zu diesem Angebot erfahren

Buchbeschreibung BiblioBazaar. Paperback. Zustand: Very Good. A copy that has been read, but remains in excellent condition. Pages are intact and are not marred by notes or highlighting, but may contain a neat previous owner name. The spine remains undamaged. At ThriftBooks, our motto is: Read More, Spend Less. Bestandsnummer des Verkäufers G1247824497I4N00