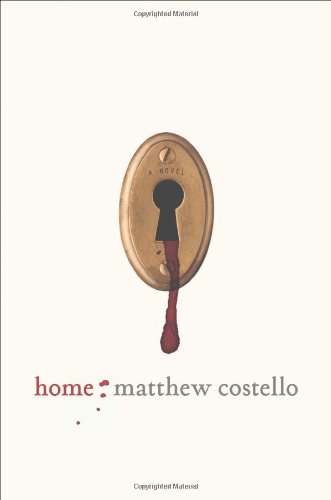 Costello creates a sense of urgency and fatigue as Christie tries to protect her family. He wastes no time with extraneous detail but keeps the pages turning with action and emotion that rings true. Readers need not have read the previous book, as this one works well by itself, but those who enjoy it will probably turn to more from the author. "Library Journal" The book is a neat twist on the zombie theme, and the story moves at a brisk clip, with plenty of mayhem. "Booklist" The second Murphy family post-apocalyptic horror tale is a gripping survivor thriller as three innocents struggle to stay alive...readers will want to travel the road with the Murphy family who believe in Schwartz's Law as their namesake's law proves too optimistic. "genregoroundreviews.blogspot.com" In this series, Matthew Costello offers up his version of zombie apocalypse (but his creatures aren't quite zombies), and after plowing through "Vacation" in record time, I couldn't wait to get back to this terrifying world. The prose style is short sentences, short chapters, and plenty of tension and suspense. I love it. He doesn't waste words and because of that, there's a constant feeling of immediacy and dread that will have you turning the pages with lightning speed. It will probably hit a nerve with parents, in particular, because this is Christie's story, and her strength, determination, and willingness to defend the ones she loves, especially her children, at all costs will certainly resonate. This series is perfect for fans of post-apocalyptic fiction and of course, zombie fic, but to ignore it as a just plain good thriller would be a mistake. I'm hoping the author has more plans for this series, and if so, I can't wait. "MyBookishWays.com" I absolutely "devoured" "Vacation" by Matthew Costello. It's dark, subversive, deeply disturbing and absolutely compelling. Jonathan Maberry, New York Times bestselling author of The King of Plagues and Dead of Night, on Vacation Costello takes a typical family and throws them headfirst into a situation that's anything but. What would you do to protect those you love at the end of the world? A thrilling, fast-paced story of priorities, secrets, and survival. David Moody, author of the Hater and Autumn series, on Vacation Costello is a master at lean, swift pacing. I read this book in three big gulps. And had life not intruded I'd have swallowed it whole... Jack Ketchum, award-winning horror author, on Vacation Unstoppable... undeniable... "un-put-down-able.".. Matthew Costello's "Vacation" is a hybrid horror/action/SF classic! Working at the height of his powers, Costello crafts a lean, terse, terrifying juggernaut of a book, which blends the minimalist punch of James Ellroy with the ravenous blitzkrieg of Danny Boyle's fleet-footed zombies in 28 Days Later. Set aside several uninterrupted hours, because once you crack this open you're going to be sprinting breathlessly to the last page. Highest recommendation! "Jay Bonansinga, National Best-selling co-author of The Walking Dead: Rise of the Governor, Frozen, and The Sinking of the Eastland" Truly epic in scope, this astounding science-fiction/horror hybrid has Soon to be a Major Motion Picture' written all over it. Bentley Little, Stoker Award-winning author of The Store, on Vacation Not since Matheson's I Am Legend has there been such a cool twist on the horror/thriller genre. Matt Costello gives us a fast paced and violent glimpse of a terrifying near-future through the eyes of an ordinary family. Just when I thought it was safe to go on Vacation Brian Yuzna, writer/director of Bride of Re-Animator, on Vacation "Vacation "is a tense, visceral trip through a violent, unraveling world, and a portrait of hope in a hopeless time. Matthew Costello has painted a breathless nightmare that is slick, compelling, and impossible to put down. "Christopher Golden" Costello offers a terrifying view into a dystopian future and a perhaps even more frightening look at the baser side of humanity. The cracking pace makes this a perfect choice for horror fans who want to be kept up late reading. "ALA's Booklist on Vacation" Patrolman Jack Murphy, forced to leave a besieged New York City where he battles feral cannibals, gathers his family and heads for the hills in this tense apocalyptic thriller. "Publishers Weekly on Vacation""

Jack and Christie Murphy thought they'd found the perfect respite from a world gone horribly askew. They thought wrong. Now, following the shocking sacrifice made by Jack to save his family, "Home" begins minutes after the harrowing events at Paterville Camp. Jack's family - his wife Christie and their two children, Kate and Simon - realize that their lives have been changed forever. In this intimate and human survivalist horror story, they now must face even greater danger and new horrors to simply stay alive as they search for a road 'home' in this intense and original post-apocalyptic thriller.