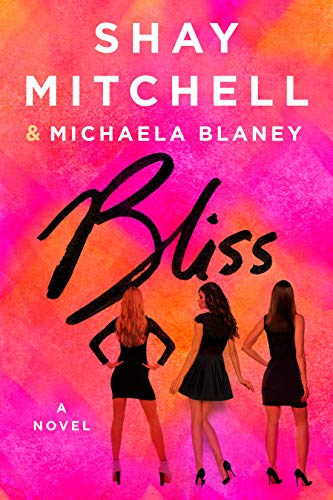 Sophia Marcus, 21, has mapped out every aspect of her glamorous life as a Hollywood actor on her vision board. But her life right now in Toronto is anything but exciting. Attending fruitless auditions during the day and working at a club at night, Sophia is starting to feel like she's going nowhere...slowly. Demi Michaels, Sophia's best friend, didn't go to college. Short of ideas for her own future, she puts her energy into building the perfect relationship with an older man. And when that relationship crashes and burns, Demi is left to pick up the pieces. Sophia's friend (and Demi's frenemy) Leandra Hunting doesn't give a crap about hard work or a loving relationship. She has other plans for her future. After college graduation, Leandra sets out to travel the world in the yachts, planes and limos of ridiculously wealthy men. Will any of them be able to show her what love really means-if she can take off her Chanel sunglasses long enough to see it? Set in the exotic, intoxicating worlds of Hollywood, Thailand, and London, Bliss paints a relatable portrait of life in your early twenties with equal parts optimism and fear, hope and disappointment, expectation and reality. it's the Age of Uncertainty, but, if you're lucky enough to have one truly great friend, you can survive just about anything.