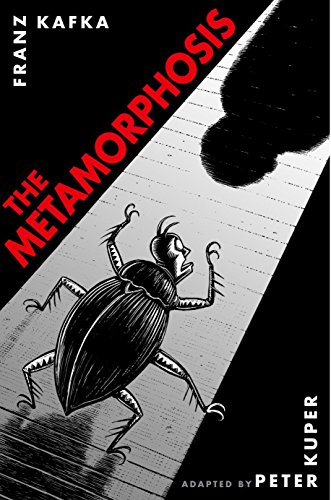 "The ride from book to comic can be bumpy. Mr. Kuper navigates the transition with precision."--New York Times "Kafka's anguished archetypal characters are easily rendered into visual equivalents and given new life in Kuper's raw, expressionistic graphic style."--Publishers Weekly "Darkly appropriate . . . Kuper's work rivals that of Art Spiegelman."--Chicago Sun-Times "Bubbling beneath the surface is a caustic batch of black humor that is as much unsettling as it is absurd. This is the magic of Kafka. And Kuper gives it a postmodern edge here, with an intriguing dance of picture and text."--Gannett News Service "Kuper's scratchboard style . . . is reminiscent of the German expressionist artists . . . and his cartoony approach accentuates Kafka's dark humor."--Booklist Reseńa del editor:

A seemingly ordinary man, Gregor Samsa wakes up one morning only to discover that he has been transformed into a gigantic insect and must deal with the depression over his new physical alteration, as well as the rejection of his family, in a new graphic novel rendition of the literary classic. Reprint. 20,000 first printing.

3. The Metamorphosis: The Illustrated Edition

5. The Metamorphosis: The Illustrated Edition

10. The Metamorphosis: The Illustrated Edition