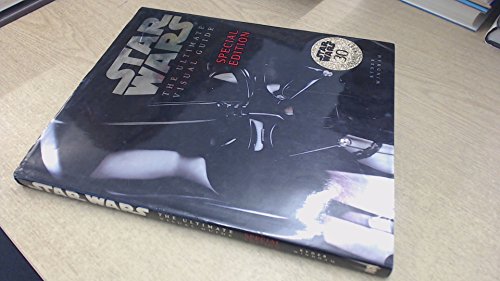 It's time to read the whole Star Wars story...

Every fan’s dream – take a journey through the entire Star Wars universe from thousands of years before Episode I to three decades after Episode VI and right up to the present day.

Fascinating features, rare behind-the-scenes photos and pre-production drawings cover all six films in one epic guide. Meet the characters, explore profiles of the Jedis, Siths, rebels, and aliens. Revisit the movie storylines, then go beyond to the continued Star Wars adventures in comics, TV specials, and novels.

Explore Star Wars today: take a look at fan conventions and 30 years of merchandise, from toys and video games to poster art and more.

An out-of-this-world addition to any fan’s collection. And don't forget, there's a galaxy-full of DK Star Wars books to collect.

Daniel Wallace is the New York Times bestselling author of Star Wars: The New Essential Guide to Characters as well as a dozen more books that explore the underpinnings of the Star Wars universe, such as Star Wars: The Essential Atlas and The Complete Star Wars Encyclopedia. He is a regular contributor to Star Wars Insider magazine and assembled the questions used in the Star Wars Trivial Pursuit game. In addition to his contributions to the galaxy far, far away, he has written for universes including Indiana Jones, Smallville, Supernatural, DC Comics, and Marvel Comics, with books including The Marvel Encyclopedia, The DC Comics Chronicle, and The Art of Superman Returns.