The Daring Do Adventure Collection: A Three-Book Boxed Set with Exclusive Figure (My Little Pony) 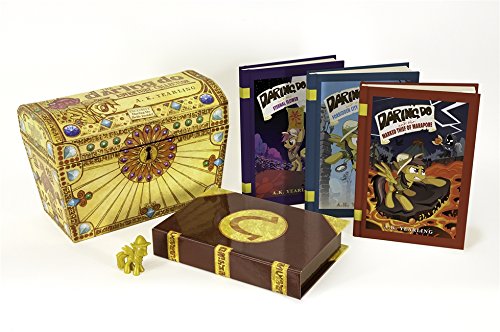 PLUS, inside the treasure chest is a special keepsake box with an exclusive golden-colored mini-pony figure inside. It's a golden idol of Daring Do herself! Use the box to hide your own treasures!

A K Yearling's adventure novels starring the fearless Daring Do have been recognised as the best-selling series in Equestria history. Yearling holds a degree in Literature from Pranceton University. After graduating, she briefly worked as a researcher at the National Archives for Equestrian Artifacts and Ponthropology in Canterlot. She enjoys quiet time at home alone and long trots on the beach.

G M Berrow is a writer and television industry professional living in Brooklyn, New York. When she was little, she aspired to become either a princess or a magical pony. Things seem to be right on track.