Verwandte Artikel zu Where Mercy is Shown, Mercy is Given: Star of Dog the...

Chapman, Duane Where Mercy is Shown, Mercy is Given: Star of Dog the Bounty Hunter

Where Mercy is Shown, Mercy is Given: Star of Dog the Bounty Hunter 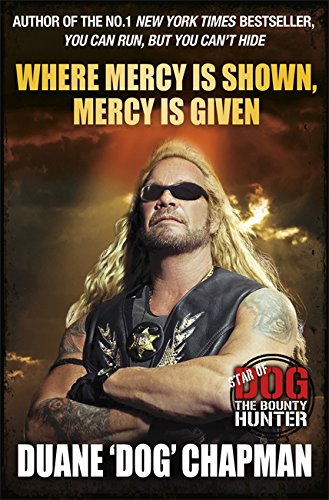 Star of the hit TV show, Dog the Bounty Hunter, Duane "Dog" Chapman has enjoyed a fascinating transformation: from misbehaving youth to petty criminal to celebrity bounty hunter renowned for bringing fugitives to justice. But not without cost. A series of serious setbacks--some caused by outside forces, others engineered by members of his own family, and many of them exacerbated by his own shortcomings--jeopardized everything he was able to achieve.

This book will feature the dramatic conclusion of the Andrew Luster case, in which Dog found himself at the centre of a battle of wills between the US and Mexican governments. It will also go into detail about the personal growth he has gone through since the disasterous episode in which one of his sons recorded Dog using racial slurs with the intention of selling the tape to the hightest bidder--an event that caused a tremendous public outcry and led to the temporary cancellation of his show. Fans will love reading more behind-the-scene stories about how Dog has tracked fugitives, his struggle with celebrity, and the important things he's learned along the way.

After an early life of crime, which ended after he served five years in prison, Duane 'Dog' Chapman emerged a changed man. He set up as a bounty hunter and has now captured over 6,000 escaped convicts. His TV show, DOG THE BOUNTRY HUNTER, airs on Bravo in the UK, and around the world. He is married to Beth and has twelve children.

1. When Mercy Is Shown, Mercy Is Given

2. Where Mercy is Shown, Mercy is Given: Star of "Dog the Bounty Hunter"