Verwandte Artikel zu Even Dogs In The Wild (A Rebus Novel)

Rankin, Ian Even Dogs In The Wild (A Rebus Novel)

Even Dogs In The Wild (A Rebus Novel) 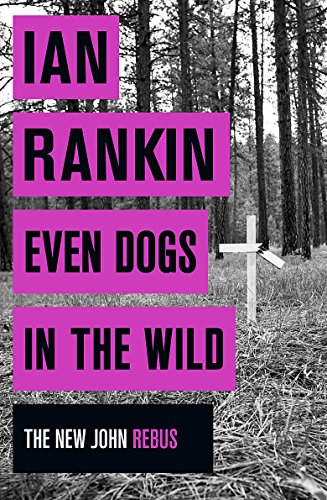 'Taut, dark and expertly crafted tale has plenty to satisfy the most exacting Rebus fan.' (GUARDIAN)

'Delightful, impossible-to-fault crime writing from a virtuoso of the craft.' (DAILY MAIL)

'EVEN DOGS IN THE WILD is a complex, twisty tale expertly told by Rankin.' (EVENING STANDARD)

'Pacy, engaging, smart, ingenious, excellently riddled and raddled - what's not to like about Rebus?' (SCOTLAND ON SUNDAY)

'A chewy, satisfying, thrilling read with a giant narrative switchback when you least expect it.' (METRO)

'A very welcome return to the beat for one of crime fiction's best detectives.' (SUNDAY MIRROR)

'A brilliant read, Rebus is back where he belongs and still working by his own rules. A must for all Rebus fans.' (WOMAN'S WAY)

'A treat for Rankin fans as favourite characters are re-united in this darkly moody crime masterpiece.' (PETERBOROUGH EVENING TELEGRAPH)

Hands in his pockets, Rebus turned to face Cafferty.
They were old men now, similar builds, similar backgrounds. Sat together in a pub, the casual onlooker might mistake them for pals who'd known one another since school.
But their history told a different story.

Retirement doesn't suit John Rebus. He wasn't made for hobbies, holidays or home improvements. Being a cop is in his blood.

So when DI Siobhan Clarke asks for his help on a case, Rebus doesn't need long to consider his options.

Clarke's been investigating the death of a senior lawyer whose body was found along with a threatening note. On the other side of Edinburgh, Big Ger Cafferty - Rebus's long-time nemesis - has received an identical note and a bullet through his window.

Now it's up to Clarke and Rebus to connect the dots and stop a killer.

Meanwhile, DI Malcolm Fox joins forces with a covert team from Glasgow who are tailing a notorious crime family. There's something they want, and they'll stop at nothing to get it.

EVEN DOGS IN THE WILD brings back Ian Rankin's greatest characters in a story exploring the darkest corners of our instincts and desires.

1. Even Dogs in the Wild (A Rebus Novel)

2. Even Dogs in the Wild (A Rebus Novel)

3. Even Dogs in the Wild (A Rebus Novel)