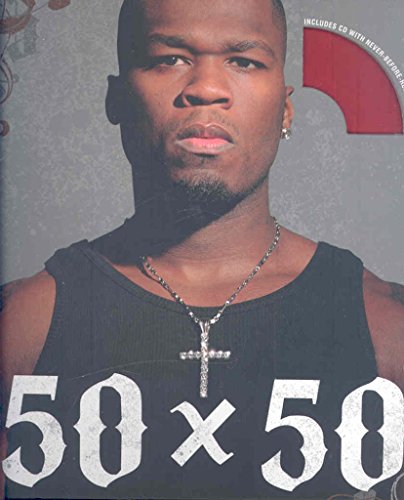 Rap superstar and New York Times bestselling author 50 Cent is back to tell his own story in this stunning memoir that comes with a CD and never before seen photos. "When I look at these pictures and think about my days growing up on the south side of Queens, they're such distant memories that sometimes it feels like a movie I watched...But all those things add up to me being who I am - being 50 Cent." 50 x 50 is a provocative look inside the mind of 50 Cent. Through candid, raw personal essays and rare family photos, this compelling book tells the story of a man who rose from a life of hardcore hustling to one of unrivaled success not just in the music industry, but in the entertainment and commercial world beyond. Inside this full-color, illustrated autobiography, you'll find pieces of memorabilia from 50 Cent's life - handwritten song lyrics, mixtape covers, stage passes, and more - making 50 x 50 a powerful interactive experience. From the first written word to the final hook, 50 x 50 delivers all the honesty and flow you'd expect from hip-hop's most intriguing star. Exclusive CD with never-before-released music track inside.

50 Cent is a record-breaking rap recording artist, entrepreneur, music producer, and actor. His debut album, Get Rich or Die Tryin', sold more than 12 million units worldwide, is certified eight times platinum, and was the basis for the semi-autobiographical film of the same title, in which he starred. He is the first artist to have four songs in the top ten of Billboard's Hot 100 since the Beatles in 1964, and in 2012 he released his fifth studio album. He published his memoir, the New York Times bestseller From Pieces to Weight, which was hailed as "cool, hard, and vivid, a minor classic of gangster rap noir" (The New York Times). Under the G-Unit brand, his business empire includes a record label, apparel and footwear ventures, vitamin water, and more. He also created the nonprofit organization The G-Unity Foundation, which aims to better the life of urban youth. Learn more at 50cent.com.