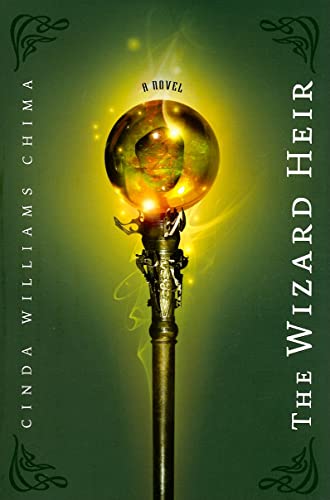 In this companion to The Warrior Heir (Hyperion, 2006), orphaned Seph, 16, is an untrained wizard who can fling fire from his fingertips. After one of his many accidental fires kills a friend, he's sent to a secluded boys' school in Maine. The headmaster, Dr. Leicester, a powerful wizard, offers to train him. Initially, Seph agrees but then changes his mind after he's nearly forced to participate in an initiation where he's made to swear an oath to Leicester and allow him to link Seph's power to his. For refusing, Leicester tortures Seph with hallucinatory dreams that nearly drive him insane. When he finally finds a way to communicate with the outside world, Linda Downey, an enchanter, rescues him and takes him to the town of Trinity, OH, a sanctuary for wizards and other members of magical guilds. There, he meets many of the characters who appeared in the first book, including Jack Swift, Ellen Stephenson, and Leander Hastings, as well as a new character, Madison, who can draw power from wizards. Seph and his new friends must find a way to stop an impending war between the two great wizard houses. This exciting page-turner is darker than The Warrior Heir and, because of its depiction of Leicester's love of inflicting pain and frequent violence, is more appropriate for older readers. SLJ"

Unable to control his growing powers, Seph, an orphaned and untrained wizard, is sent to a secluded boys' school on the coast of Maine where the headmaster promises to train him in magic and initiate him into his mysterious order of wizards, which comes with a high price. Reprint.

Buchbeschreibung Hyperion, United States, 2008. Paperback. Zustand: New. Reprint. Language: English. Brand new Book. Sixteen-year-old Seph McCauley has spent the past three years getting kicked out of one exclusive private school after another. And it's not his attitude that's the problem. It's the trail of magical accidents-lately, disasters-that follow in his wake. Seph is a wizard, orphaned and untrained--and his powers are escalating out of control. After causing a tragic fire at an after-hours party, Seph is sent to the Havens, a secluded boys' school on the coast of Maine. At first, it seems like the answer to his prayers. Gregory Leicester, the headmaster, promises to train Seph in magic and initiate him into his mysterious order of wizards. But Seph's enthusiasm dampens when he learns that training comes at a steep cost, and that Leicester plans to use his students' powers to serve his own dangerous agenda. In this companion novel to the exciting fantasy The Warrior Heir, everyone's got a secret to keep: Jason Haley, a fellow student who's been warned to keep away from Seph; the enchanter Linda Downey, who knew his parents; the rogue wizard Leander Hastings, and the warriors Jack Swift and Ellen Stephenson. This wizard war is one that Seph may not have the strength to survive. Bestandsnummer des Verkäufers AAS9781423104889

10. THE WIZARD HEIR (THE HEIR CHRONI