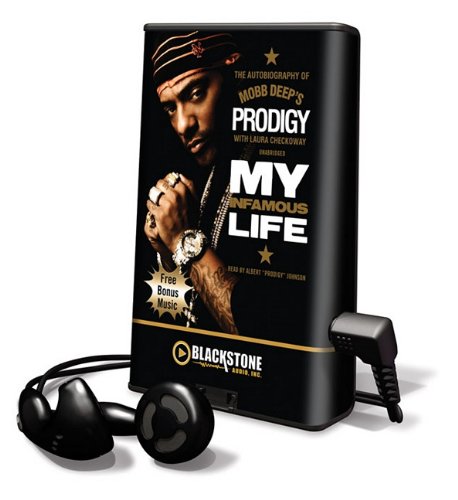 *Produced by Buck 50 Productions In this often violent but always introspective memoir, Mobb Deeps Prodigy tells his much-anticipated story of struggle, survival, and hope on the mean streets of New York City. For the first time, he gives an intimate look at his family background, battles with drugs, life of crime, relentless suffering with sickle-cell anemia, and more. Recently released after serving three and a half years in state prison due to what many consider an unlawful arrest, Prodigy is ready to talk about his life as one of raps greatest legends. My Infamous Life is an unblinking account of Prodigys wild times with Mobb Deep, who alongside rappers like Nas, the Notorious B.I.G., Tupac, and Jay-Z, changed the musical landscape. It is a firsthand chronicle of legendary rap feuds; Prodigys beefs with Jay-Z, Nas, Snoop Dogg, Ja Rule, and Capone-N-Noreaga; and run-ins with prodigal hit makers and managers like Puff Daddy and Russell Simmons. It is the heartbreaking journey of a child who had it all, until a family tragedy changed everything.