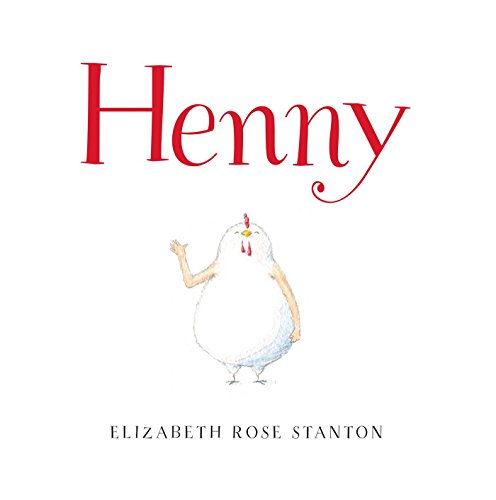 "Henny is easily one of my top ten favorite kids books. It's so quirky and clever and warm. And it cracks my kids up every time." - Drew Daywalt, New York Times bestselling author of The Day the Crayons Quit -- Drew Daywalt * The Day the Crayons Quit * This Henny is no regular sky-is-falling chick. She has arms! (A helpful chart compares a normal chick with Henny: wattles, yes; combs, yes; wings, uh, no.) Henny has mixed feelings about her arms. They can flutter-but they can also drag. Should she be left-handed? Or right-handed? Should she use deodorant? All ambivalence disappears, however, when Henny gets a taste of working on the farm. Milking cows and feeding chicks empowers her, and she begins to consider all the other things she might be able to do, including picking up her grain with chopsticks and combing her comb. Ultimately, all these possibilities lead to-maybe-a career as a pilot. The plot is thin, but the premise is clever, and the execution is hysterical. In part, this comes from Stanton's expert depiction of Henny as fair, round, bemused, and rather feminine (except for those long hairy arms). And in part it comes from the clever, unlikely scenarios in which she places her heroine. The matter-of-fact tone of the text elevates the weirdness of the juxtapositions. For those who want a little more meat on their drumstick, this does have a good message about making the best of one's circumstances and looking on the bright side. But mostly, it's just funny. - Ilene Cooper * Booklist, Starred Review * Readers will do a double take at the confident chicken who waves hello from the cover of Stanton's debut. Instead of feathery wings, Henny has skinny pink human arms and hands. Although "Henny's mother... loved Henny anyway," the other farm animals stare and even chortle. Henny frets, albeit in non-chickenish ways: "She worried about being right-handed or left-handed.... She even worried about things she didn't quite understand-like tennis elbow, and hangnails, and whether she might need deodorant." Henny eventually discovers a talent for farm chores and starts "to imagine all the other things she could do," from hailing a cab to flying (a plane). In gentle pencil-and-watercolor sketches on an eggshell-white ground, Stanton scatters moments of quiet humor like chicken feed-Henny tries to "fit in" with a common chicken pose, folding her arms back like wings, and she bends those same elbows when she covers her ears to dampen a rooster's crow... Stanton's artwork marks her as a talent worth watching. (Jan.) * Publishers Weekly *

Henny is a chick who's just a little different from everyone else in the barn-and who learns to embrace her special gift in this whimsical and charming picture book debut from Elizabeth Rose Stanton. Henny doesn't look like any other chicken she knows. Instead of wings, she has arms! Sometimes Henny likes being different-she enjoys the way her arms flutter like ribbons when she runs-but other times...not so much. She just can't do things the same way as the other chickens. But doing things the same as everyone else is overrated, as Henny comes to realize in this warmhearted story, sweetly told and illustrated with fresh, expressive artwork that celebrates the individual in everyone.

Buchbeschreibung Hardcover. Zustand: New. Hardcover. Henny is a chick who's just a little different from everyone else in the barn-and who learns to embrace her special gift in this whimsical and charming picture book debut from Elizabeth Ro.Shipping may be from multiple locations in the US or from the UK, depending on stock availability. 40 pages. 0.476. Bestandsnummer des Verkäufers 9781442484368