Cole, Brendan Jean Delville: Art between Nature and the Absolute

Jean Delville: Art between Nature and the Absolute 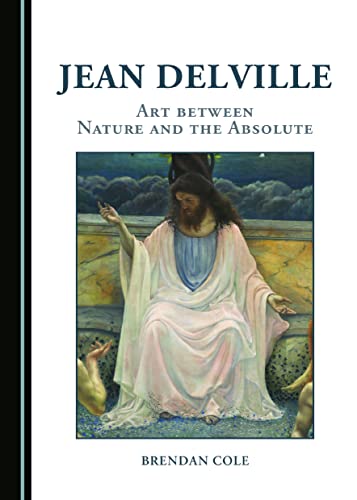 This book is the first full-length study of the art and writings of Jean Delville. As a member of the younger generation that emerged during the end of the nineteenth century, he was a dynamic leader of a group of avant-garde artists who sought to establish a new school of Idealist Art in Belgium. He was one of the most talented painters of his generation, producing a vast body of works that, in both scale and technical accomplishment, is unsurpassed amongst his contemporaries. In his extensive writings in contemporary journals and books, he pursued a singular vision for the purpose of art to serve as a vehicle for social change, as well as to inspire individuals to be drawn to a higher, spiritual reality. Delville's thinking is heavily indebted to the hermetic and esoteric philosophy that was widely popular at the time, and his paintings, poetry and writings reformulate the main tenets of this tradition in a contemporary context. In this regard, his aesthetic and artistic goals are similar, if not identical, to those found in the writings and art of Kandinsky and Mondrian during the early twentieth century.By focussing on the historical and theoretical contexts of his paintings, as well as the practical application of his ideas through an analysis of several key works, this book provides a comprehensive and detailed study of Delville's life, art and writings during his formative years that formed the mainstay of his art for the rest of his long and highly productive career. Unlike many of his contemporaries in the non-realist tradition, Delville sought to draw together the realities of the physical world with the metaphysical dimension through art that served, therefore, as a gateway between nature and the Absolute.

Brendan Cole is an Art Historian and artist who specialises in late-nineteenth century non-realist art. He has published widely in leading international journals on the work on Jean Delville, Fernand Khnopff and, most recently, on Nicholas Poussin. He completed his Doctorate at Christ Church, Oxford, on aspects of the work of Jean Delville, and tutored at the University of Oxford and the Open University before becoming a School Master at Eton College, which followed on from his work as Keeper of Collections at Knowsley Hall, the home of the Earl of Derby.

1. Jean Delville: Art between Nature and the Absolute