Verwandte Artikel zu In Bed with the Tudors: The Sex Lives of a Dynasty...

Licence, Amy In Bed with the Tudors: The Sex Lives of a Dynasty from Elizabeth of York to Elizabeth I

In Bed with the Tudors: The Sex Lives of a Dynasty from Elizabeth of York to Elizabeth I 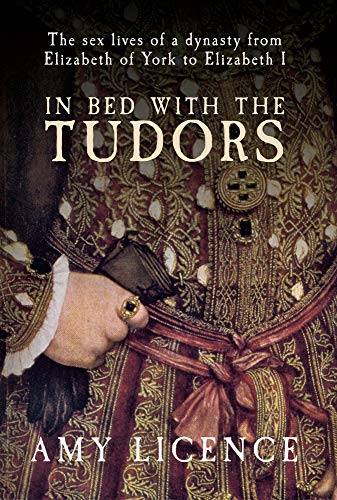 Learn what went on behind closed doors in the Tudor court. Illegitimate children, adulterous queens, impotent kings, and a whole dynasty resting on their shoulders. Sex and childbirth were quite literally a matter of life or death for the Tudors - Elizabeth of York died in childbirth, two of Henry VIII's queens were beheaded for infidelity, and Elizabeth I's elective virginity signalled the demise of a dynasty. Amy Licence guides the reader through the births of Henry VII and Elizabeth of York's two sons, Arthur and Henry, Catherine of Aragon's subsequent marriages to both of these men, Henry VIII's other five wives and his mistresses, and the sex lives of his daughters. This book details the experiences of all these women, from fertility, conception and pregnancy through to the delivery chamber, on to maternal and infant mortality. Each woman's story is a blend of specific personal circumstances, set against their historical moment: for some the joys were brief, for others it was a question that ultimately determined their fates.

Amy Licence has been a teacher for over a decade. She has an MA in Medieval and Tudor Studies and has published several scholarly articles on the Tudor dynasty and Richard III. Her books include Cecily Neville ('This insight is so rare and so valuable' PHILIPPA GREGORY), In Bed With the Tudors ('A fascinating book examining the sex lives of the Tudors in unprecedented detail' THE DAILY EXPRESS), 'Anne Boleyn' and Living In Squares, Loving In Triangles: The Lives and Loves of Viginia Woolf and the Bloomsbury Group. Amy has written for THE GUARDIAN, TLS, BBC HISTORY MAGAZINE and appeared on BBC radio and television. She lives in Canterbury with her husband and three children.

1. In Bed with the Tudors: The Sex Lives of a Dynasty from Elizabeth of York to Elizabeth I