Verwandte Artikel zu Tales of the Dragonfly: Book I: In Tandem: Volume 1

Ferguson, Tamara Tales of the Dragonfly: Book I: In Tandem: Volume 1

Tales of the Dragonfly: Book I: In Tandem: Volume 1 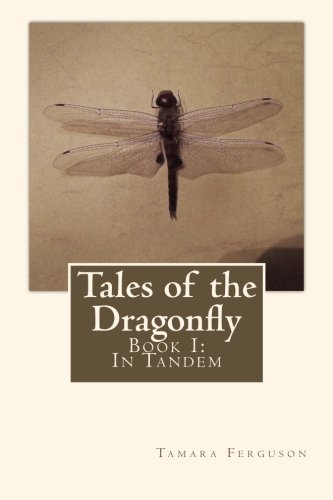 ROMANCE FINALIST-2013 NATIONAL INDIE EXCELLENCE AWARDS PINNACLE BOOK ACHIEVEMENT AWARD WINNER-SUSPENSE-FALL 2012 The dragonfly is believed to be a symbol of renewal after a time of great hardship. Book I: In Tandem Separated by circumstances fifteen years earlier, Jake Loughlin and Danielle Reardon are fatefully reunited at Dragonfly Pointe. But the mysterious Dragonfly Pointe has a history of tragedy. An unsolved brutal assault and murder of a six-year old girl over twenty years before has remained unsolved. A successful entrepreneur, Jake has hidden his status as a special investigator for the FBI. As owner of the Dragonfly Pointe Inn, Jake has returned to restore and renovate the abandoned property. But, unofficially, he’s investigating the theory that a ring of human traffickers is operating in the area. With three to five kidnappings occurring at the end of each year over the states of Michigan, Minnesota, and Wisconsin, Jake can trace a pattern going back as far as thirty-five years. And there could be a connection to the death of the little girl at Dragonfly Pointe twenty-two years earlier. After the death of her grandmother several months before, Danielle has returned to the family cabin for a short vacation. A former model and vocalist for a band, Danielle escaped her chaotic life as a celebrity when her boyfriend died of a drug overdose. After obtaining her horticulture degree, she opened a successful landscape business in New York. When Jake and Danielle finally meet again, it's magic. But something odd is going on at Dragonfly Pointe. During the reconstruction process, not only is a strange vehicle noticed, several times, traveling back and forth to Dragonfly Pointe, but a suspicious stranger is sighted around the area. When a young girl is kidnapped from a nearby community, the FBI investigation becomes official, and Jake is put into action. Then lovely eighteen-year old Lucy Callahan is kidnapped. Granddaughter of the former police chief of Crystal Rock, Lucy is like a sister to Danielle. When the FBI investigation leads back to Dragonfly Pointe, Danielle, herself, is put in danger. Despite its tragic history, the beauty and power of the magic at Dragonfly Pointe enables new beginnings. Suffering tremendous loss, or surviving abuse and tragedy, each character featured in the series will create their own new beginning, aided by the power of love. Visit author page at Amazon.com/Books/Tamara Ferguson

A graduate of Illinois State University, Tamara Ferguson has her Bachelor of Science in Agribusiness/Horticulture. She was an Outstanding Senior in Agriculture, a vice-president of fund-raising for her graduating class Leadership Council, and a Who's Who Among Students in American Universities and Colleges. Upon her graduation she was awarded the Illinois State University College of Applied Science and Technology Collegiate Achievement Award. She spent several years as a successful sales representative and horticulturist, has two sons, and now resides in central Illinois.

1. Tales of the Dragonfly : Book I: in Tandem

Buchbeschreibung CreateSpace Independent Publishing Platform. Paperback. Zustand: As New. An apparently unread copy in perfect condition. Dust cover is intact; pages are clean and are not marred by notes or folds of any kind. At ThriftBooks, our motto is: Read More, Spend Less. Bestandsnummer des Verkäufers G1449514944I2N00