Verwandte Artikel zu The Phantom of the Poles

Reed, William The Phantom of the Poles

The Phantom of the Poles 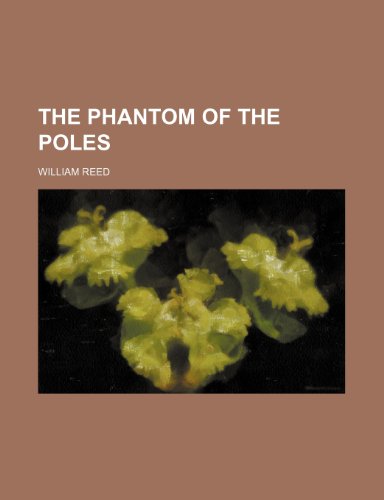 This historic book may have numerous typos, missing text, images, or index. Purchasers can download a free scanned copy of the original book (without typos) from the publisher. 1906. Not illustrated. Excerpt: ... CHAPTER XII. WHY IT IS WARMER NEAR THE POLES. One of the principal proofs that the earth is hollow, is that it is warmer near the poles. If this be so, to what are we to attribute the heat? Nothing, however, has been found to produce heat near the poles to make it warmer. If it can be shown--by quoting those who made the farthest advance toward the supposed poles--that it is warmer, that vegetation shows more life, that game is more plentiful than farther south, then we have a reasonable right to claim that the heat comes from the interior of the earth, as that seems to be the only place from which it could come. In presenting the reports of those best able to judge, very little comment will be made, as the reader should form his own opinions. In "Captain Hall's Last Trip," page 166, is read: "We find this a much warmer country than we expected. From Cape Alexander the mountains on either side of the Kennedy Channel and Robeson's Strait we found entirely bare of snow and ice, with the exception of a glacier that we saw covering, about latitude 80 deg. 30 min., east side the strait, and extending east-northeast direction as far as can be seen from the mountains by Polaris Bay. "We have found that the country abounds with life, and seals, game, geese, ducks, musk-cattle, rabbits, wolves, foxes, bears, partridges, lemmings, etc. Our sealers have shot two seals in the open water while at this encampment. Our long Arctic night commenced October 13th, having seen only the upper limb of the sun above the glacier at meridian October 12th." Nansen draws special attention to the warmth, for he says: "Fancy, only 12 deg. (2i/4 deg. Fahr.) of frost in the middle of December! We might almost imagine ourselves at home--forget that we were in a land of snow to the nor...