Whitman, John Shekinah Unveiled: Revealing the True Bride of Christ for who She really Is.

Shekinah Unveiled: Revealing the True Bride of Christ for who She really Is. 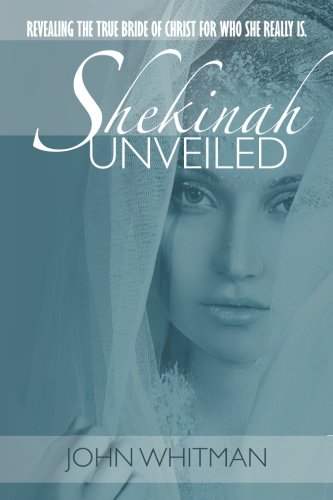 The Bride of Christ, who is she? Tradition and Dogma will tell you that she's the church, but what does Scripture have to say? Prepare to take a journey from Genesis to Revelation, discovering the truth hidden in plain sight. Learn who she really is, and how the church was transgendered into something it was never meant to be. In the process, you will learn what it really means when it says that both sexes were created in the image and likeness of God, and why the Godhead of the Bible takes such a dim view on all forms of same sex relationships. Discover the original intent and meaning of the heterosexual marriage covenant, as well as the startling implications of the existence of marriage in heaven, after the Resurrection! You will learn of the origins of sex itself, and how it allows a husband and wife to experience the oneness and unity of the Godhead itself, within thier own relationship, a foretaste of things to come in eternity, and discover how the early church demonized the sex act, setting the stage for the transgendering of itself from the body of Christ into the Bride of Christ. Learn how it is that both false doctrines from heretical groups without, and from well meaning people within, unwittingly conspired to change the nature and image of what, and who the Church truly is. Armed with such facts, coupled with the truth of an allusion spread across three prophetic books of the Old Testament, long misunderstood, and now put into right context, you shall be prepared to grasp a startling truth. That truth is who the Shekinah, the Bride of Christ, truly is. Just as Adam was patterned off of the Image of Jesus Christ, so too Eve, in the Image of God, had to be patterned off of someone, the only question is, who? In answering this question, not only will the church be freed and returned to what it was truly meant to be, the Body of Christ, but the True Bride can finally be revealed. In so doing, not only will the the True Bride be made known, but a long forgotten person of the Godhead will be discovered, linked to Proverbs' Woman of Wisdom, and her potential links to the name of El Shaddai itself shall be made manifest. Prepare to embark on a journey of discovery, one which will reformat all of your theology, and alter the way that you think, not only of sexuality, of marriage, and yourself, male or female, but which will alter your very perceptions of the Godhead itself! Her Existence is a fact, and it affects not only our past perceptions, but impacts our future as well. Receive this Truth, and be changed, forever.

John Whitman was ordained, in 2009, to teach the Truth of God's Holy Scriptures unto all who would receive it. As of 2011, he has devoted twelve years of intense personal research and study into the Holy Scriptures, with Special emphasis on their chronological, historical, theological, and prophetic veracity. He is a prolific reader of church history, ancient world history surrounding the events in which the Bible took place, and has a keen interest in modern history, with regard to how and when prophetic events have come to pass. He graduated Gospel School of Ministry in 2011, and currently as holds an Associate of Biblical Studies Degree, Bachelor of Theology Degree from Andersonville Theological Seminary.

1. Shekinah Unveiled : Revealing the True Bride of Christ for Who She Really Is

Buchbeschreibung CreateSpace Independent Publishing Platform. Paperback. Zustand: As New. An apparently unread copy in perfect condition. Dust cover is intact; pages are clean and are not marred by notes or folds of any kind. At ThriftBooks, our motto is: Read More, Spend Less. Bestandsnummer des Verkõufers G1463672551I2N00