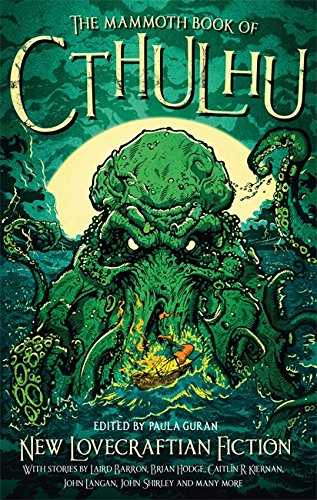 For more than 80 years H. P. Lovecraft has inspired writers of horror and supernatural fiction with his dark vision of humankind's insignificant place in a vast, uncaring cosmos. At the time of his death in 1937, Lovecraft was virtually unknown, but from early cult status his readership expanded exponentially; his nightmarish visions laying down roots in the collective imagination of his readers. Now this master of the macabre is accepted as part of the literary mainstream, as an American author of note, and the impact of his work on modern popular culture - in literature, film, television, music, the graphic arts, gaming and theatre - has been profound. As Stephen King wrote in Danse Macabre, the shadow of H. P. Lovecraft 'underlies almost all of the important horror fiction that has come since.'

Today, Lovecraft's themes of cosmic indifference, the utter insignificance of humankind, minds invaded by the alien, and the horrors of history remain not only viable motifs for modern speculative fiction, but are more relevant than ever as we explore the mysteries of a universe in which our planet is infinitesimal.

This outstanding anthology of original stories - from both established award-winning authors and exciting new voices - collects tales of cosmic horror inspired by Lovecraft from authors who do not merely imitate, but reimagine, re-energize, and renew the best of his concepts in ways relevant to today's readers, to create fresh new fiction that explores our modern fears and nightmares. From the depths of R'lyeh to the heights of the Mountains of Madness, some of today's best weird fiction writers traverse terrain created by Lovecraft and create new eldritch geographies to explore . . .

Praise for the editor:
'For fans of Lovecraftian fiction and well-wrought horror' - Library Journal

'It's a pretty impressive line-up, with nary a clunker to be found. . . . You don't have to be a Lovecraft fan to enjoy this anthology... You'll find alienation, inhumanity, desperation, cruelty, insanity, hopelessness and despair, all set against the backdrop of a vast, unknowable universe filled with vile, indifferent monstrosities. You'll also find beauty, hope, redemption, and the struggle for survival. What more can you ask for?' - Tor.com

'I highly recommend this collection... If you have even the slightest interest in contemporary horror fiction, you'll want to try this one on for size!' - BookGuide

Buchbeschreibung 2016. Paperback. Zustand: New. Paperback. For more than 80 years H. P. Lovecraft has inspired writers of horror and supernatural fiction with his dark vision of humankind's insignificant place in a vast, uncaring cosmos. At the ti.Shipping may be from multiple locations in the US or from the UK, depending on stock availability. 496 pages. 0.346. Bestandsnummer des Verkäufers 9781472120038