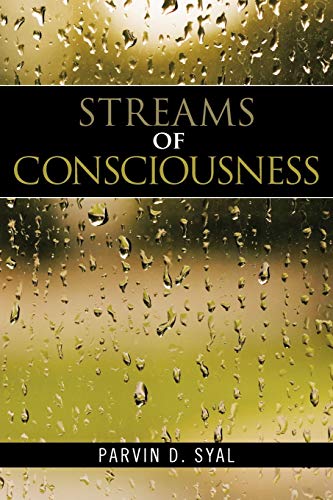 This anthology of poetry comprises poems which were written in different countries over a span of almost fifty years. The poems, though an expression of personal sentiment, are also a commentary on the various ages and places the poet has experienced. Being one of the first Asian Indian poets to be published in East Africa, Syal was widely written about. Professor Bahadur Tejani wrote, "Syal has the spiritual courage to enter the dreaded labyrinth of the African past...His precise versification hits the reader like a tank salvo..." Noted African writer, Taban Lo Liyong, commented that Syal's work is "...full of fire and passion and poetry and philosophy...awake to the ripples of long ago and of shores past and passing." STREAMS OF CONSCIOUSNESS deals with an array of human emotions - love, wonderment, angst, anger, resignation, frivolity, candor, spirituality and finally the search and attainment of eternal bliss. Poetry has a vibrant and living soul, and as such is always a work in progress...

Parvin D. Syal was born and brought up in Nairobi, Kenya, of parents who migrated to Africa from Punjab, India. Having obtained his medical degree from the University of Nairobi, he trained in St. Helens, Merseyside, England before proceeding to California for further training. Though a practicing physician, Syal has forayed into different fields; as a community activist he fostered the causes of the Indian-American community, as an actor he performed both on stage and in films; as a writer he wrote for the stage and film; as a journalist he wrote political and literary columns for the ethnic press, and as a broadcaster he hosted a health program for radio. He is co-author, with Harshi Syal Gill, of "African Quilt - Stories of the Asian Indian Experience in Kenya" and the play "God Minus", based on the life of Buddha. Syal has also been published in the literary magazines Busara and Nexus, in addition to "An Anthology of World Poetry", edited by Dr. Krishna Srinivas. Editors David Rubadiri and David Cook included three of his poems in "Poems from East Africa". An article, "The Esoteric in Kabir", was published in the book, "Thus Says Kabir", edited by Govind Bhakta. Syal is married, has two daughters and lives in Chatsworth, California.