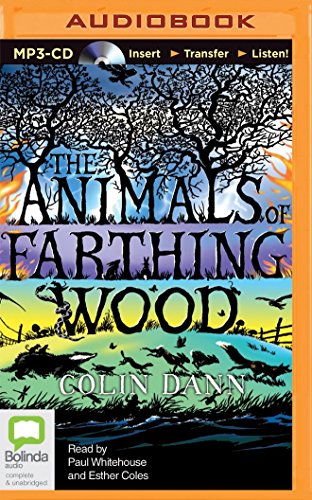 After their legendary journey out of danger and into the safe haven of White Deer Park, the animals of Farthing Wood look forward to getting used to their new life in the nature preserve.

But winter is drawing in: the nights are colder and food for the animals is scarce. Other animals in the park are unfriendly and want to make trouble, and around the park there are the perils of hunters' traps, as well as humans and their machines. Will life ever return to normal for the animals of Farthing Wood?

Colin Dann was born in Richmond in 1943. After leaving the local Grammar School he worked first for a large textile company before his real love--the world of books--brought him a job in publishing at William Collins in London where he worked as a manager in the Fontana paperback division. During this time, in odds hours at home, he wrote his first book The Animals of Farthing Wood which was published finally in 1979 by William Heinemann after several rejections. It was an immediate success, winning the Arts Council of Great Britain's National Book Award for Children's Literature and has been translated into sixteen languages. The book has never been out of print since first publication. Six sequels and one prequel have followed and enjoyed similar success.

1. Animals of Farthing Wood, The