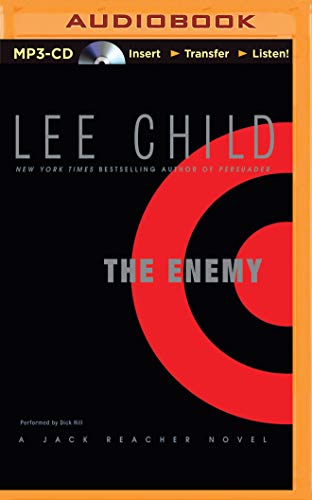 Jack Reacher. Hero. Loner. Soldier. Soldier’s son. An elite military cop, he was one of the army’s brightest stars. But in every cop’s life there is one case that changes everything. For Jack Reacher, this is that case.

New Year’s Day, 1990. In a North Carolina motel, a two-star general is found dead. His briefcase is missing. Nobody knows what was in it. Within minutes Reacher has his orders: Control the situation. Within hours the general’s wife is murdered. Then the dominoes really start to fall.

Somewhere inside the vast worldwide fortress that is the U.S. Army, Reacher is being set up as a fall guy with the worst enemies a man can have. But Reacher won’t quit. He’s fighting a new kind of war—against an enemy he didn’t know he had. And against a conspiracy more chilling, ingenious, and treacherous than anyone could have guessed.

Lee Child is the author of nineteen New York Times bestselling Jack Reacher thrillers, ten of which have reached the #1 position. All have been optioned for major motion pictures; the first, Jack Reacher, was based on One Shot. Foreign rights in the Reacher series have sold in almost a hundred territories. A native of England and a former television director, Lee Child lives in New York City.