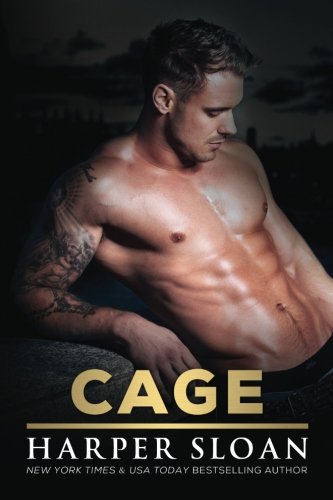 **Warning** This book is intended for a mature reading** Greg Cage was born to protect. While growing up, he was his mother and sister's shield against the world... until he failed. For the last decade, he has carried that guilt and need for vengeance around... until it was stripped from him. Now, with his best friend getting married and no longer needing his protection, he is even more lost, completely adrift, and desperate for some control. All he has ever known was how to protect: his family, his friends, and his country. Can he go against everything he has ever known, and give up that control? Melissa Larson will never let anyone hold the reins in her life. She has been the rock in her family for more years than she can remember, and the fight to keep them together is her main priority right now. She has always been fiercely independent and proud. The last thing she will ever do is ask for someone else's help. But when that choice is out of her control, forcing her to rely on others to save her and her family, and pick up the pieces that are left, will she be able to let someone else be her strength? The second Greg locks eyes with Meli, he knows that she is someone he needs. Someone he craves. Meli knew the second she met Greg that he would be nothing but trouble and heartache. Her life takes an unexpected turn, and that bitch Fate is back to wreak more havoc on another member of the Corps family. All hell breaks loose, leaving Greg no choice but to call in a favor. He hooks back up with his old friend Braxxon Breaker from the Breakneck MC. Together, they make sure that nothing threatens anyone Greg loves again.

Harper Sloan is the "New York Times" and "USA Today "bestselling author of the Corps Security and Hope Town series. She started using writing as a way to unwind when the house went to sleep at night. Harper lives in Georgia with her family. Visit her at AuthorHarperSloan.com or Facebook.com/HarperSloanBooks.