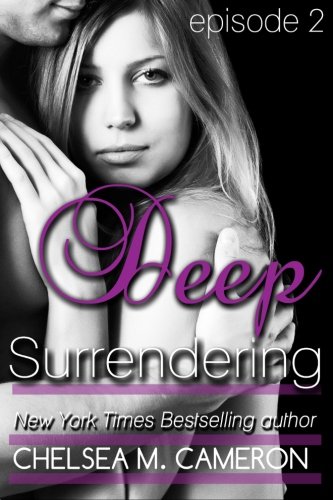 When Fin ran out on Marisol, leaving her naked on her couch, she swore she was done with him. There was no way she would forgive him, let alone see him again. But fate, or something else, had different ideas, and she ran into him again the very next day. Instead of hating his guts and wanting him to die, Marisol finds that's she's still attracted to Fin. She just can't get him out of her system. Maybe if they had one night together? Just one night and she could get over him. But will that be enough? *This is a novella of 20K words and the second in a series of novellas. They will release on the third Thursday of every month. The total number of episodes isn't final, but it will be from 12-14, which is two novel's worth of content. Due to adult content, this is not appropriate for anyone under the age of 17* Other books by Chelsea M. Cameron: Nocturnal (The Noctalis Chronicles, Book One) Nightmare (The Noctalis Chronicles, Book Two) Neither (The Noctalis Chronicles, Book Three) Neverend (The Noctalis Chronicles, Book Four) Whisper New Adult Contemporary Romance: My Favorite Mistake My Sweetest Escape Deeper We Fall (Fall and Rise, Book One) Faster We Burn (Fall and Rise, Book Two) For Real UnWritten (Summer 2014) Christmas Catch: A Holiday Novella Adult Contemporary Romance: Sweet Surrendering Surrendering to Us Dark Surrendering (Summer 2014)

Chelsea M. Cameron is a New York Times and USA Today best selling NA/YA writer from Maine. Lover of things random and ridiculous, Jane Austen/Charlotte and Emily Bronte Fangirl, red velvet cake enthusiast, obsessive tea drinker, vegetarian, former cheerleader and world's worst video gamer. When not writing, she enjoys watching infomercials, singing in the car and tweeting (this one time, she was tweeted by Neil Gaiman and nearly died). She has a degree in journalism from the University of Maine, Orono that she promptly abandoned to write about the people in her own head. More often than not, these people turn out to be just as weird as she is. For more updates, follow her blog at chelseamcameron.com, on twitter: @chel_c_cam, or on Facebook.

Buchbeschreibung CreateSpace Independent Publishing Platform, 2017. Zustand: Good. Former Library book. Shows some signs of wear, and may have some markings on the inside. Bestandsnummer des Verkäufers 16542812-6