Tao of Celestial Foxes - The Way to Immortality: Volume 1 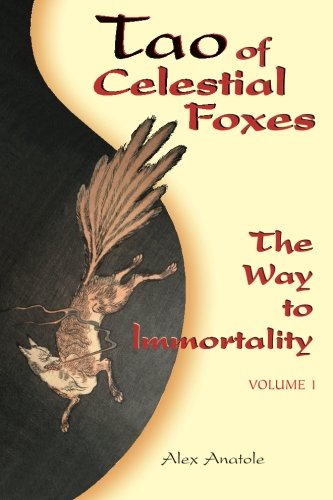 Ordained as a Taoist priest and Fox Master, Grand Master Anatole continues the traditions and teachings of Taoism and the Fox Creed through a classical curriculum employing the ancient rituals and practices of Fox Exorcism and Taoist Soul Therapy for mental and physical health and wellness. Motivated by a desire to open the worship of the Fox Creed to the public, he writes and lectures throughout North America, Europe, and Asia.

The Creed of the Foxes dates back thousands of years. The worship of gods known as Foxes is based on a belief in animistic, foxlike, spiritual deities that are part of the cultural and religious fabric of Asia. To clarify the underlying principles of the Fox tradition, Master Anatole creates for the reader a framework of understanding that focuses on ancient Chinese and Japanese history yet encompasses a structure of beliefs shared by shamanistic cultures that span the world. Master Anatole also provides a compendium of related aspects from a wide range of culturally and historically diverse spiritual practices to illustrate the common beliefs regarding the moving energies of the soul after death, while demystifying Taoist correlative cosmology—the basis for all Taoist and Fox metaphysics. Ultimately, he builds to the logical conclusion that the purpose of our lives is to achieve intellectual evolution and spiritual immortality.

Grand Master Alex Anatole was born in Moscow, Russia. At the age of eight, he became a disciple of Master Lu Yang Tai, “The Enlightened One,” a Taoist sage whose genealogical roots extended back to the ancient origins of Taoism and one of the oldest known shamanistic religions—the Creed of the Foxes. Generations of Master Tai’s family were specialized Taoist priests known as Fox Masters, who interacted with the powerful Fox deities that had the ability to change an individual’s fate.

1. Tao of Celestial Foxes - The Way to Immortality: Volume 1