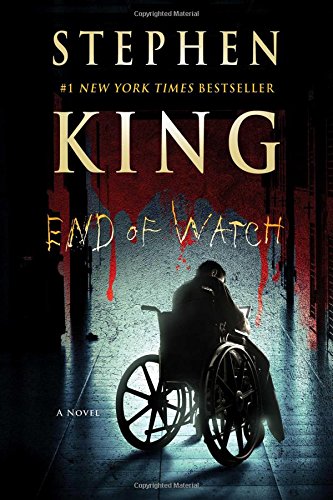 The fabulously suspenseful closing volume of the Bill Hodges trilogy, in which Brady Hartsfield, the killer Stephen King introduced in his Edgar-award winning book, Mr. Mercedes, returns to drive his victims to suicide.
He s not done with you yet.
For nearly six years, in Room 217 of the Lakes Region Traumatic Brain Injury Clinic, Brady Hartsfield has been in a persistent vegetative state. A complete recovery seems unlikely for the insane perpetrator of the Mercedes Massacre, in which eight people were killed and many more maimed for life. But behind the vacant stare, Brady is very much awake and aware, having been pumped full of experimental drugs . . . scheming, biding his time as he trains himself to take full advantage of the deadly new powers that allow him to wreak unimaginable havoc without ever leaving his hospital room. Brady Hartsfield is about to embark on a new reign of terror against thousands of innocents, hell bent on taking revenge against anyone who crossed his path with retired police detective Bill Hodges at the very top of that long list...
In End of Watch, Stephen King brings the Bill Hodges trilogy to a sublimely terrifying conclusion, combining the detective fiction of Mr. Mercedes and Finders Keepers with the supernatural suspense that has been his trademark. The result is an unnerving look at human vulnerability and an up-all-night page-turner."

Stephen King is the author of more than fifty books, all of them worldwide bestsellers. His recent work includes the short story collection The Bazaar of Bad Dreams, Finders Keepers, Mr. Mercedes (an Edgar Award winner for Best Novel), Doctor Sleep, and Under the Dome. His novel 11/22/63 a recent Hulu original television series event was named a top ten book of 2011 by The New York Times Book Review and won the Los Angeles Times Book Prize for Mystery/Thriller as well as the Best Hardcover Book Award from the International Thriller Writers. He is the recipient of the 2014 National Medal of Arts and the 2003 National Book Foundation Medal for Distinguished Contribution to American Letters. He lives in Bangor, Maine, with his wife, novelist Tabitha King.