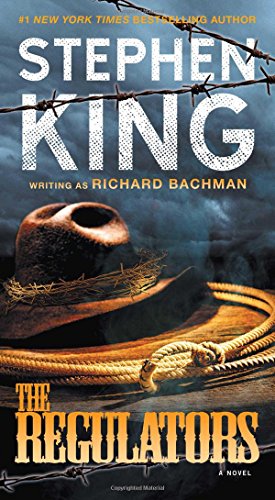 Master storyteller Stephen King presents the classic, terrifying New York Times bestseller of those caught between the surreal forces of good versus evil in a small suburban town.

“The red van rolls past...humming and glinting....Things are happening fast now, although no one on Poplar Street realizes it yet.”

It’s a gorgeous midsummer afternoon along Poplar Street in the peaceful suburbia of Wentwort, Ohio, where life is as pleasant as you ever dreamed it could be. But that’s all about to end in blaze of gunfire and sudden violence, forever shattering the tranquility and the good times here. For the physical makeup of Poplar Street itself is now being transformed into a surreal landscape straight out of the active imagination of the innocent and vulnerable Seth Garin—an autistic boy who’s been exposed to and possessed by a horrific, otherworldly force of evil, one with sadistic and murderous intent and who is willing to use whatever means necessary to grow ever stronger.

Stephen King is the author of more than fifty books, all of them worldwide bestsellers. His recent work includes Sleeping Beauties (co-written with his son Owen King), End of Watch, the short story collection The Bazaar of Bad Dreams, Finders Keepers, Mr. Mercedes (an Edgar Award winner for Best Novel and now an AT&T Audience Network original television series), Doctor Sleep, and Under the Dome. His novel 11/22/63--a recent Hulu original television series event--was named a top ten book of 2011 by The New York Times Book Review and won the Los Angeles Times Book Prize for Mystery/Thriller as well as the Best Hardcover Book Award from the International Thriller Writers. His epic works The Dark Tower and It are the basis for major motion pictures. He is the recipient of the 2014 National Medal of Arts and the 2003 National Book Foundation Medal for Distinguished Contribution to American Letters. He lives in Bangor, Maine, with his wife, novelist Tabitha King.

1. The Regulators: A Novel

2. The Regulators: A Novel

3. The Regulators: A Novel