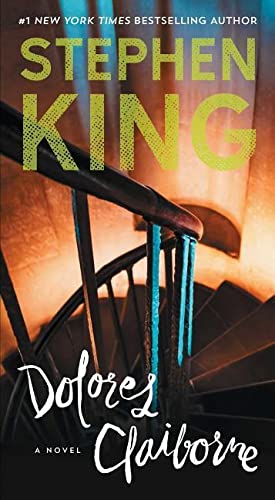 Rese±a del editor:
Now available for the first time in a mass-market premium paperback edition—master storyteller Stephen King presents the classic #1New York Times bestseller about a housekeeper with a long-hidden secret from her past...one that tests her own will to survive.

When Vera Donovan, one of the wealthiest and most ill-natured residents of Maine's Little Tall Island, dies suddenly in her home, suspicion is immediately cast on her housekeeper and caretaker, Dolores Claiborne. Dolores herself is no stranger to such mistrust, thanks to the local chatter and mysterious circumstances surrounding her abusive husband's death twenty-nine years earlier. But if this is truly to be the day of Dolores Claiborne's reckoning, she has a few things of her own that she'd like to get off her chest...and begins to confess a spirited, intimate, and harrowing tale of the darkest secrest hidden within her hardscrabble existence, revealing above all one woman's unwavering determination to weather the storm of her life with grace and protect the one she loves, no matter what the cost....
BiografĒa del autor:
Stephen King is the author of more than sixty books, all of them worldwide bestsellers. His recent work includes The Institute, Elevation, The Outsider, Sleeping Beauties (cowritten with his son Owen King), and the Bill Hodges trilogy: End of Watch, Finders Keepers, and Mr. Mercedes (an Edgar Award winner for Best Novel and an AT&T Audience Network original television series). His novel 11/22/63 was named a top ten book of 2011 by The New York Times Book Review and won the Los Angeles Times Book Prize for Mystery/Thriller. His epic works The Dark Tower and It are the basis for major motion pictures, with It now the highest grossing horror film of all time. He is the recipient of the 2018 PEN America Literary Service Award, the 2014 National Medal of Arts, and the 2003 National Book Foundation Medal for Distinguished Contribution to American Letters. He lives in Bangor, Maine, with his wife, novelist Tabitha King.