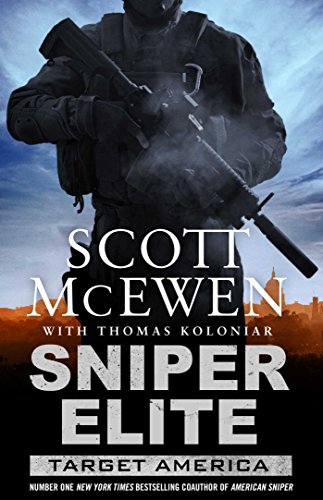 From the co-author of the #1 New York Times bestseller American Sniper comes a heart-pounding military thriller in which the fabled Special Ops unit is activated to stop a group of terrorists from launching "suitcase" nukes somewhere in America. When Chechen terrorists manage to smuggle a Cold War-era Russian nuke across the Mexican-American border, the President is forced to reactivate the only unit capable of stopping them: Navy SEAL sniper Gil Shannon and his brash team of SEALs and Delta Force fighters. First introduced in Sniper Elite: One-Way Trip, hailed by Publishers Weekly as a "meaty thriller" with "snappy dialogue and well-timed humour," Shannon and his team were run out of the military after defying direct orders and instead choosing to save the life of one of their own. In Target America, Gil and his team, many of whom had gone rogue, are reunited as an off-the-books Special Ops unit that must race against the clock to save the country from nuclear destruction. Bestselling author Scott McEwen once again delivers a gripping and fast-paced adventure that illuminates the shadow world of clandestine military operations.