Verwandte Artikel zu Until It's Over

French, Nicci Until It's Over 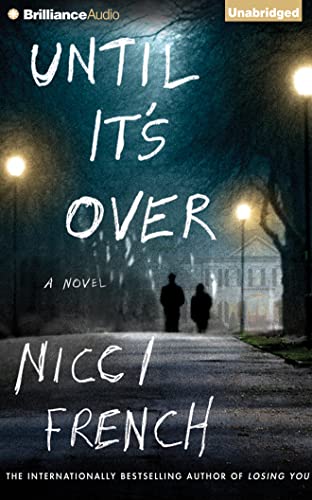 Astrid Bell has known most of her housemates for years, but while they have a tangled history together – romantic pairings, one-night stands, friendships – each of them also has a past.Astrid is on her way home one day when her neighbor accidentally knocks her off her bike. Bruised but not broken, her roommates help her home. The next day, they learn that same neighbor was beaten to death only hours after the accident. Each of them tells the police what little they know and are dismissed – until Astrid stumbles over another body. Two brutal murders in less than a week is more than just bad luck.As the difference between friend and stranger grows harder to judge, and as the line between attraction and danger thins, the housemates – unsure if there’s a killer in their midst – guard against becoming his next victim in this steamy and suspenseful thriller from internationally bestselling author Nicci French.

Nicci French is the author of the bestsellers Secret Smile, Land of the Living, The Red Room, Beneath the Skin, and Killing Me Softly, as well as two earlier books, The Memory Game and The Safe House, both published in England to great acclaim.