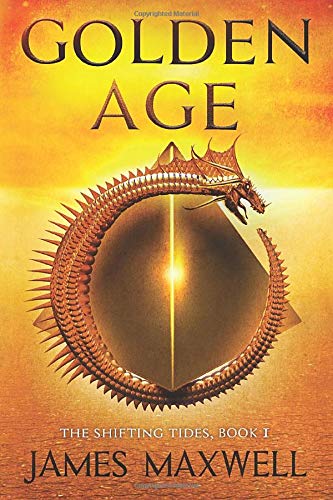 The first book in an epic fantasy series by James Maxwell, author of the bestselling Evermen Saga.

War is coming to Xanthos. The king refuses to face the truth, but his overlooked second son, Dion, can see the signs: strange warships patrolling, rumors of a new tyrant across the sea, and the princess of a neighboring land taken hostage...

The princess, Chloe, refuses to be a helpless pawn in this clash of nations. She and Dion will need allies to turn the tide of war – and there are none more powerful than the eldren, a mysterious race of shapeshifters who live in the Wilds.

As a world-spanning conflict begins, a king is betrayed, a prophecy is fulfilled, and Dion learns a secret about his past that changes his life forever.

James Maxwell grew up in the scenic Bay of Islands, New Zealand, and was educated in Australia. Devouring fantasy and science-fiction classics from an early age, his love for books translated to a passion for writing, which he began at the age of eleven.

Inspired by the natural beauty around him but also by a strong interest in history, he decided in his twenties to see the world. He relocated to London and then to Thailand, Mexico, Austria, and Malta, developing a lifelong obsession with travel. It was while living in Thailand that he seriously took up writing again, producing his first full-length novel, Enchantress, the first of four titles in his internationally bestselling Evermen Saga.

Buchbeschreibung Paperback. Zustand: New. Paperback. Shipping may be from multiple locations in the US or from the UK, depending on stock availability. 445 pages. 0.454. Bestandsnummer des Verkäufers 9781503948419