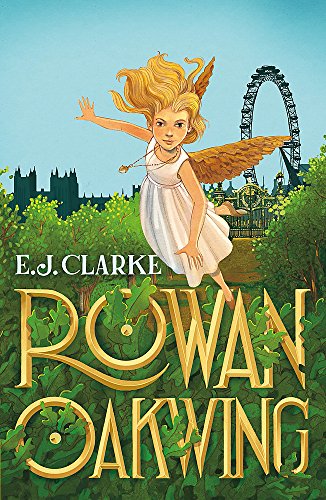 A beautifully crafted story with a strong heroine. (Parents In Touch)

A wonderfully inventive fairyland reminding kids of the magic at the heart of everyday life (Abi Elphinstone, author of The Shadow Keeper)

...the gutsy and true, eponymous, female lead grabbed our attention and wouldn't let go until the entire book was devoured. (Stephanie Cummings Two in a Tepee)

...a brilliant book for mighty girls who love their fairies and fantasy stuff with a bit more bite to it. A hugely impressive start to a story that we hope ends up being a long running series. (Phil May Read it Daddy)

I really enjoyed this book and I would recommend it to children who like fairies (Poppy Dellar, aged 9 and 3/4 Kidaround)

...set to be a modern classic, a fresh fairy story that shows its readers there is much more to being a fairy than there would seem at face value. (Armadillo)

A beautifully crafted story with a strong heroine. (Parents in Touch)

Being a fairy is a lot more dangerous than you think . . .

There's a strange magic to London's parks. When the sun sets and the gates are closed, tiny winged creatures come to life. The only way to meet them is to become one. And if you become one, there's no way back.

Rowan cries herself to sleep in Hyde Park and wakes up ten centimetres tall, with tiny oak-leaf wings. She's about to go on an adventure in the hidden world of fairies and foxes. But Rowan's quest will be perilous, with fearsome enemies at her heels. If she wants to get home, she'll need to find the courage she never knew she had, and discover powers she'd never even imagined . . .