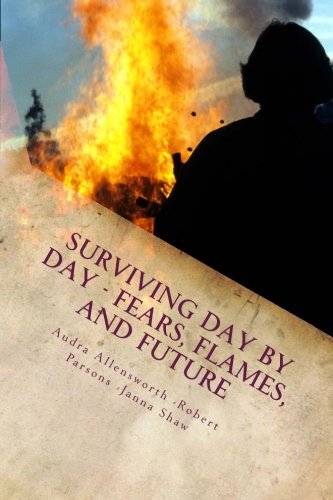 A horrible virus had been developed but had not been kept safe and protected. How the accident happened was not as important as the ensuing Apocalypse. The speed at which it spread was beyond anyone’s imagination. Within weeks it had gone worldwide. It infected people regardless of sex, race, religion, or financial status. Each of the survivors came from different parts of the country and from different walks of life. Alden Godfrey a retired Army Vet from Choctaw Bay Arkansas. He is about six foot three, in his fifties, slender man with more grey in his hair every day. Charlie Davidson a young man no more than twenty three, light sandy brown hair, just the type of guy everyone loves. He had grown up in an Orphanage and had become a handyman in Topeka Kansas, Ceara Gillian, prior to the outbreak was an out of work, college dropout who managed a web site for her local church in Kennett, Arkansas. She is twenty-two, five foot five with long, straight, red hair. Beth Cantor a Physician who had worked at the CDC but had the good fortune to not be there the day the ------ hit the fan. At thirty-seven she is the classic picture of grace and beauty. Beth stands five foot six with short, dark brown hair. Colt Johnson was once an I.T. Manager in Memphis Tennessee, happily married and planning out his future. At thirty-two he had everything on track; that is until the outbreak. Now he has lost everything he knew and trying to adapt to this new life. Beth was the first person he has trusted since it all started, and now he finds himself having feelings for her. Tabitha Montgomery, simple wild child from Camdenton, Missouri. She is slender with long, wavy, dark brown hair. At merely twenty six she has seen a life time of hurt, mostly directed at her. She is the only survivor that was more at home in the outbreak than prior to it. They all escaped and headed to the hills. Fate brought them together one by one until they formed a small group. Each one brought their own unique talents and personal horror story. They learned quickly that the world was not what it had been anymore. At any given moment, around any bend there could be danger and death waiting. We left our group at the end of a fierce battle with not the Wanderers but fellow survivors. Several times they had fought Wanderers but it was a rude awakening to fight the living. They soon found out that not all survivors were out to help each other. Alden had done things that none of their group knew or could even imagine he was capable of. It seemed that killing was second nature to this man, second only to the ability to plan out the killing. Now he wants and needs to know just how the others will look at him. One thing is certain though the only way to stay alive was keeping each other close and Surviving Day By Day......