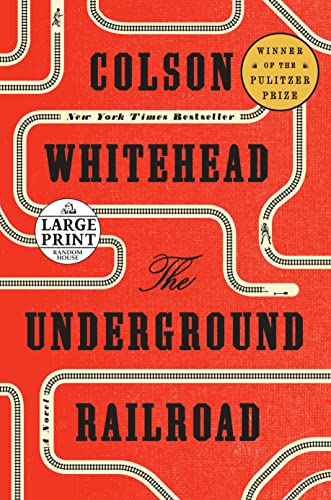 "Get it, then get another copy for someone you know because you are definitely going to want to talk about it once you read that heart-stopping last page."
--Oprah Winfrey (Oprah's Book Club 2016 Selection)

"[A] potent, almost hallucinatory novel... It possesses the chilling matter-of-fact power of the slave narratives collected by the Federal Writers' Project in the 1930s, with echoes of Toni Morrison's Beloved, Victor Hugo's Les MisÕrables, Ralph Ellison's Invisible Man, and brush strokes borrowed from Jorge Luis Borges, Franz Kafka and Jonathan Swift...He has told a story essential to our understanding of the American past and the American present."
--Michiko Kakutani, The New York Times

"Think Toni Morrison (Beloved), Alex Haley (Roots); think 12 Years a Slave...An electrifying novel...a great adventure tale, teeming with memorable characters...Tense, graphic, uplifting and informed, this is a story to share and remember."
--People, (Book of the Week) "With this novel, Colson Whitehead proves that he belongs on any short list of America's greatest authors--his talent and range are beyond impressive and impossible to ignore. The Underground Railroad is an American masterpiece, as much a searing document of a cruel history as a uniquely brilliant work of fiction."
--Michael Schaub, NPR "Far and away the most anticipated literary novel of the year, The Underground Railroad marks a new triumph for Whitehead...[A] book that resonates with deep emotional timbre. The Underground Railroad reanimates the slave narrative, disrupts our settled sense of the past and stretches the ligaments of history right into our own era...The canon of essential novels about America's peculiar institution just grew by one."
--Ron Charles, Washington Post Reseþa del editor:

Chronicles the daring survival story of a cotton plantation slave in Georgia, who, after suffering at the hands of both her owners and fellow slaves, races through the Underground Railroad with a relentless slave-catcher close behind.