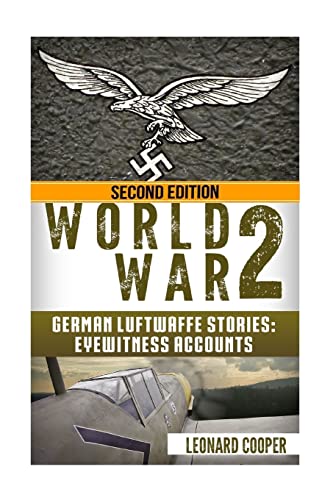 The Rise and Fall of the German Luftwaffe

~BONUS RIGHT AFTER THE CONCLUSION - ACT NOW BEFORE GONE!


The story behind these fearsome pilots.


High above the European battle field another war was being waged. Luftwaffe fighters engaged the enemy Allies in aerial combat. The fight behind closed doors to get this unit started seemed to be nearly as fierce. At times it seemed as though they would never get there. From the combat in the skies to the combat in politics, this elite unit fought for supremacy. While the German cause in WWII was repugnant, the skill and tenacity of their armed forces cannot be denied.


Germans are intense believers of patriotism, and a good patriot is one who submits to authority. This book outlines those that served the cause and their country, those that served their country, and the fight to institute this branch of the German Armed Forces. Its roots began in a time when Germany was forbidden to develop their own military. The secret trainings and closed door meetings opened the door. Mistakes and poor leadership nearly cost them everything.


Here are just a few things you’ll learn about: