Verwandte Artikel zu We Are the Disclosure - Part I: 700 Years of Research...

Mendonca, Miguel We Are the Disclosure - Part I: 700 Years of Research on ET-Human Interaction

We Are the Disclosure - Part I: 700 Years of Research on ET-Human Interaction 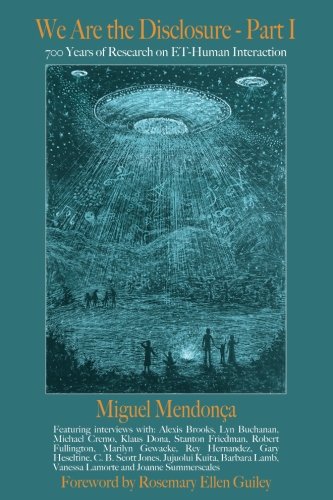 Since the late 1940s, a growing number of individuals and groups have sought public disclosure of what the authorities know about interaction between humans and non-human intelligences. But for 70 years the authorities have employed a policy of secrecy, denial and ridicule to keep the subject covert. Thus the responsibility of reporting and analyzing these contact phenomena has fallen to those called in various ways to participate. We Are the Disclosure is an embodiment of the bottom-up Disclosure process that has been underway for seven decades. Through in-depth interviews, it provides a people's history of the development of the field since the early days, and brings it up to date. Leading researchers in the field are joined by archeologists, radio hosts, a remote viewer, those engaging in direct ET contact, and several ET-human hybrids. This broad-ranging survey of the growth of this field, and our awareness of its meaning, is discussed in Part I of We Are the Disclosure by Alexis Brooks, Lyn Buchanan, Michael Cremo, Klaus Dona, Stanton Friedman, Robert Fullington, Marilyn Gewacke, Rey Hernandez, Gary Heseltine, C. B. Scott Jones, Jujuolui Kuita, Barbara Lamb, Vanessa Lamorte and Joanne Summerscales.This book provides strong evidence that Disclosure may prove to be the most important topic of our time, and that it is being driven in large part by the ETs themselves.

Miguel Mendonça is an Anglo-Azorean author based in Bristol, England. After studying and working in forestry and horticulture, he gained an honors degree in geography and history then studied social science and environmental ethics at postgraduate level. Miguel worked in the sustainability field for six years, specializing in renewable energy policy. While serving as Research Manager for an international NGO he lectured widely and wrote textbooks, articles and papers, providing an evidence base for campaigners from NGOs, politics, finance, industry and civil society around the world to push for new or better renewable energy laws. After publishing a collection of short fiction in 2011 he began to research the ET field in depth. In 2015 he co-authored Meet the Hybrids with Barbara Lamb, a study of the lives of eight ET-human hybrids living on Earth.