Kerry Lonsdale All the Breaking Waves

All the Breaking Waves 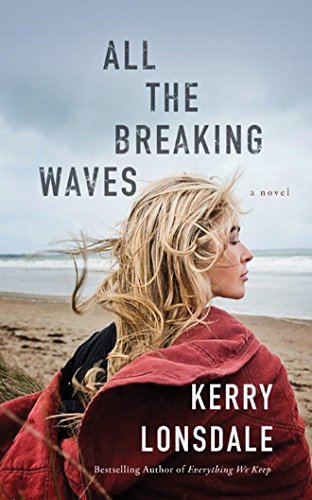 From the bestselling author of Everything We Keep comes a gripping tale of long-buried secrets, the strength of forgiveness, and the healing power of returning home for good.

After a harrowing accident tore her family apart, Molly Brennan fled from the man she loved and the tragic mistake she made.

Twelve years later, Molly has created a new life for herself and her eight-year-old daughter, Cassie. The art history professor crafts jewelry as unique and weathered as the surf-tumbled sea glass she collects, while raising her daughter in a safe and loving environment—something Molly never had. But when Cassie is plagued by horrific visions and debilitating nightmares, Molly is forced to return to the one place she swore she’d never move back to—home to Pacific Grove.

A riveting exploration of love, secrets, and motherhood, All the Breaking Waves is the poignant story of a woman who discovers she must confront her past, let go of her guilt, and summon everything in her power to save her daughter.

Kerry Lonsdale believes life is more exciting with twists and turns, which may be why she enjoys dropping her characters into unexpected scenarios and foreign settings. She graduated from California Polytechnic State University, San Luis Obispo, and is a founder of the Women's Fiction Writers Association, an online community of authors located across the globe. She resides in Northern California with her husband, two children, and an aging golden retriever who's convinced she's still a puppy. Everything We Keep is Kerry's first novel. Connect with her at www.kerrylonsdale.com.

1. All the Breaking Waves: A Novel

Buchbeschreibung Brilliance Audio, 2016. Audio CD. Zustand: Good. Connecting readers with great books since 1972. Used books may not include companion materials, some shelf wear, may contain highlighting/notes, may not include cdrom or access codes. Customer service is our top priority!. Bestandsnummer des Verkäufers S_272521730