The Boy From Braxton Creek, Part 1 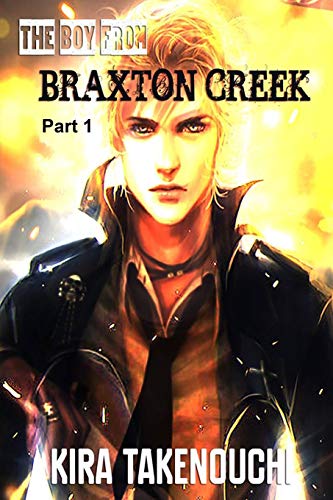 Professor Galen Willoughby finds himself drawn into a world of secrets and darkness when he meets up with an elusive former student named Seth Gentry, in Best-Selling Author Kira Takenouchi's thrilling tale, The Boy From Braxton Creek, Part 1. PRINTING NOTE: These books are made available to you by a process called print on demand. Your book will be printed as soon as you order it and then delivered to you. NOTE: This book is not intended for children. It contains adult content including intimate and graphic sexual encounters between males. It is of the genre called YAOI, which is especially popular with females, though is developing a following also among men. This book may be too intense for some readers.

Kira Takenouchi is the Best-Selling author of the popular Taming Riki series, an online saga that is now available in print. In addition, her titles include Moon Over Atlantis, Harem Boy, In the Headmaster's Chambers, The Boy from Braxton Creek, Barbarian's Slave, The Punishment of Shiiki, The Crimson Scythe, Tristan's Reform, Once A Chieftain, Geisha Doll, Eternal Bondage, and I, Incubus.