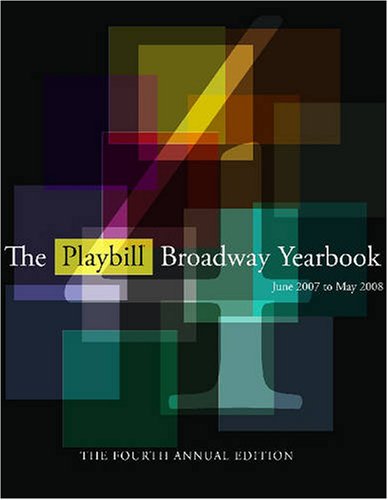 Many people who work on Broadway keep scrapbooks of their experiences, with photos, signed posters, ticket stubs, and of course Playbills. "Playbill Books" has expanded this idea into an annual project that is becoming a Broadway institution: "The Playbill Broadway Yearbook". Taking the form of a school yearbook, the fourth edition is packed with photos and memorabilia from the 2007-2008 Broadway season.The new edition includes chapters on all the Broadway shows that ran during the season - new shows like "In the Heights" and "August: Osage County" as well as long-running ones like "Wicked". In addition to headshots of all the actors who appeared in "Playbill", the book has photos of producers, writers, designers, stage managers, stagehands, musicians - even ushers."The Playbill Broadway Yearbook" also has a correspondent on each production to report on inside information: opening-night gifts, who got the Gypsy Robe, daily rituals, celebrity visits, memorable ad-libs, and more. Correspondents range from dressers and stage doormen to stage managers, dancers, featured players, and even stars of the shows.