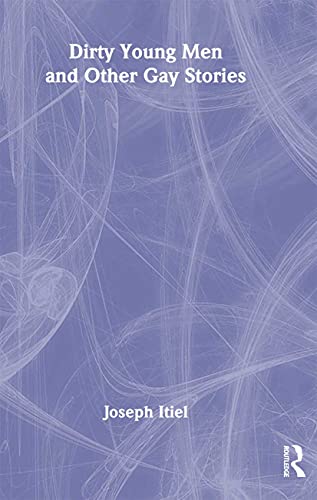 It is well known that to most gay men, a shapely, youthful body is the ultimate turn-on. But a few young guys, sometimes even married ones, are erotically attracted to old men, because of their age. Joseph Itiel (author of Escort Tales; A Consumer’s Guide to Male Hustlers; and Sex Workers as Virtual Boyfriends), now in his early seventies, has discovered such young fellows. In Dirty Young Men and Other Gay Stories, he relates his experiences with them in intimate detail.

Dirty Young Men and Other Gay Stories is packed full of true younger-loves-older stories from all walks of life and from different countries.

From the author: It took me until my middle fifties to become a sex object. Before reaching this age, nobody had ever been infatuated with my looks or physique. I hadn’t been selected out of a crowd just because someone thought I would be a good lay. Wouldn’t it be nice, I kept hoping, if for once I would fulfill somebody’s sexual fantasies, and be picked for just this reason? Well, at the age of fifty-five, my daydreams started to become a reality. Finally, I became a sex object, a ’man toy,’ to cute guys much younger than myself.