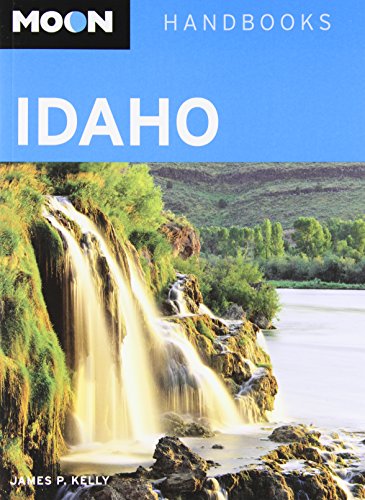 Boise resident James P. Kelly has loved big mountains ever since his childhood in Seattle. As a restless teenager, he spent countless hours in the North Cascades exploring alpine lakes and trails beat-out by miners' boots. Before moving to Idaho in 2000, James had only traveled through the Gem State on his way to Montana, Wyoming, Colorado, and the Dakotas. He eventually returned to live in this land of rugged mountains, mystical deserts, and vodka-clear trout streams. To help seal the deal, he even married a third-generation Idahoan, Dana, who he proposed to while hiking in the Trinity Mountains. "Right before I asked her, some Peruvian sheepherders on pack mules passed by on the trail, followed by two good ol' boys on motorbikes. One of them had an axe bungeed to his handlebars," James recalls. "I thought it was all over for us, but the axe had just fallen off one of the mules and they were returning it to its rightful owner." James, a former chef, earned a journalism degree from Boise State University before becoming the restaurant critic at the Idaho Statesman. He has written numerous food and travel-related features for Northwest Palate and other magazines and websites. When not hanging out in his vegetable garden with his wife and two kids, Nolan and Audra, James can be found snowshoeing to backcountry yurts, foraging for morels, catching big trout, and dining in Sun Valley restaurants.