Shamanism: Traditional and Contemporary Approaches to the Mastery of Spirits and Healing 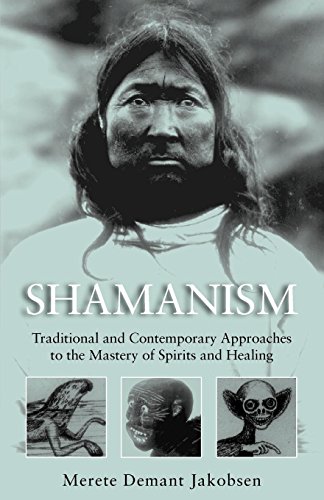 "The book is clearly written, and contains some wonderfully vivid quotations from texts that have never previously appeared in English ... Much valuable and suggestive material ... of value to scholars and students." * ETHNOS "This is a most useful book in the present discourse on shamanism, for it is one in which a specialist in traditional or classical shamanism who is also familiar with New Age shamanism compares the two complexes ... highly recommendable." * SHAMANISM "The volume is highly to be recommended tot he specialist and to the interested layperson alike." * Religious Studies Review "Valuable ... worth reading." * American Anthropologist "Jakobsen's analysis of traditional and contemporary forms of shamanism provide an important contribution to studies in this specialised type of religious experience. She confirms the view of many scholars, such as the Alaskan anthropologist Wendell Oswalt, that the central feature of shamanism is 'spirit control' while at the same time demonstrating its growing importance in contemporary Western urban settings. In my view, this book should be included among the core resources for those interested in the study of indigenous religions and how they persist in new and innovative ways in modern societies." * De Numine "Jakobsen's book is a valuable addition to a discussion of shamanism." * Amazon.com

Shamanism has always been of great interest to anthropologists. More recently it has been "discovered" by westerners, especially New Age followers. This book breaks new ground by examining pristine shamanism in Greenland, among people contacted late by Western missionaries and settlers. On the basis of material only available in Danish, and presented herein English for the first time, the author questions Mircea Eliade's well-known definition of the shaman as the master of ecstasy and suggests that his role has to be seen as that of a master of spirits.

The ambivalent nature of the shaman and the spirit world in the tough Arctic environment is then contrasted with the more benign attitude to shamanism in the New Age movement. After presenting descriptions of their organizations and accounts by participants, the author critically analyses the role of neo-shamanic courses and concludes that it is doubtful to consider what is offered as shamanism.

Born in Copenhagen, Merete Demant Jakobsen has taught in Denmark, Britain, and Alaska. Having worked on shamanism in ethnography and literature for her Danish degrees, she completed her doctorate at the University of Oxford in anthropology. She is currently researching negative spiritual experiences at the Religious Experience Research Centre, Westminster College, Oxford.

3. Shamanism: Traditional and Contemporary Approaches to the Mastery of Spirits and Healing

4. Shamanism: Traditional and Contemporary Approaches to the Mastery of Spirits and Healing