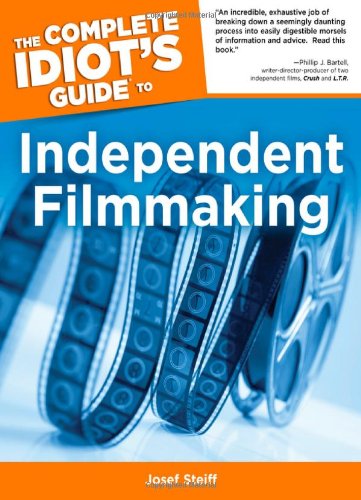 Designed for people who want to tell a story their way, The Complete Idiot’s Guide to Independent Filmmaking explains everything a budding auteur needs to know— from literary development and financial and organizational pre-production to principal photography production, post-production assembly, exhibition and distribution, and more.

· A great "textbook" for novice filmmakers, whether film students or on-their- own auteurs

· The proliferation of film festivals around the world, many of which encourage submissions from "amateur" filmmakers, shows there are countless filmmakers who aren’t learning the ropes in school

Josef Steiff is the assistant chair and director of film development in the Department of Film and Video at Columbia College Chicago. An independent filmmaker, he has worked as a director, producer, cinematographer, and editor with budgets ranging from $100 to $100,000+. Steiff is also a staff writer for Film Monthly and has served as assistant editor of Wide Angle Film Quarterly.