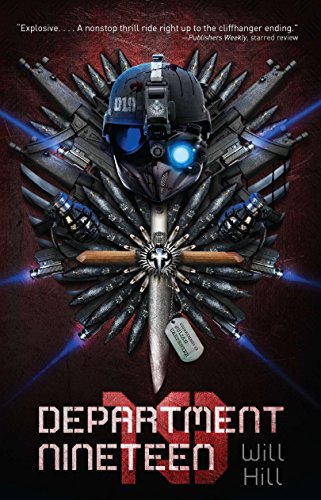 Book by Hill Will

"Gripping, gory, and violent, this isn't for the faint-hearted - but it's also clever, and moving, and wittily done. I can't wait for the next installment." -John Connolly, bestselling author of Every Dead Thing, The Reapers and The Book of Lost Things.

Jamie Carpenter's father is dead, his mother is missing, and he was just rescued by an enormous creature named Frankenstein. Now Jamie is pulled into a secret organization responsible for policing the supernatural, founded more than a century ago by Abraham Van Helsing. . . . Department Nineteen takes us through history, across Europe, and beyond - from the cobbled streets of Victorian London to prohibition-era New York, from the icy wastes of Arctic Russia to the treacherous mountains of Transylvania. Part modern thriller, part classic horror, it's packed with mystery, mayhem, and a level of suspense that makes a Darren Shan novel look like a romantic comedy.