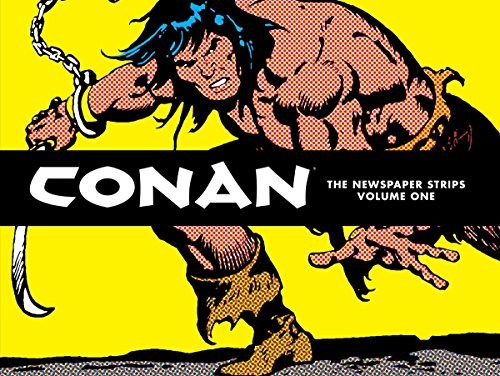 From September 4, 1978, until April 12, 1981, thousands of readers across the country thrilled to the daily adventures of everyone's favorite barbarian, Conan! Now Dark Horse Comics is proud to present the Conan newspaper strips collected for the first time in a handsome hardcover volume. Readers will once again enjoy the talents of Roy Thomas, Doug Moench, John Buscema, Ernie Chan, Alfredo Alcala, Rudy Nebres, Pablo Marcos, Alan Kupperberg, and Tom Yeates as they artfully unfold the continuing saga of Conan in these daily comic strips!

Roy Thomas is a comic book writer and editor. He is a former editor in chief of Marvel Comics. He is known for his work on Conan the Barbarian, The Avengers, X-Men, and a number of other beloved titles.

John Buscema (1927–2001) was a comic book artist known for his work on the Avengers, Conan the Barbarian, Fantastic Four, and numerous other beloved comic titles. Buscema was born in Brooklyn and educated at Pratt Institute. Buscema contributed to hundreds of titles and won many awards. He was inducted into the Eisner Award Hall of Fame in 2002.