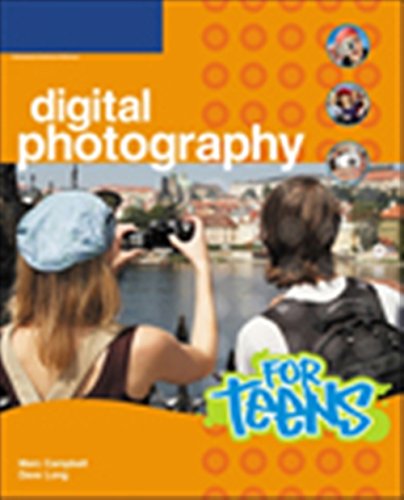 Don't be fooled by the title. Digital Photography for Teens doesn't make a half-hearted attempt at teaching the fundamentals of digital photography. It doesn't stop at the basics and it doesn't assume that as a teen, you aren't capable of tackling advanced topics. Instead, it focuses on the things that teens want to get out of digital photography. Photography is a technical field, and this book covers numerous aspects of shooting great photographs. Each chapter builds upon skills developed in the previous chapters, following the natural process of digital photography: setting up the shot, taking the picture, transferring it to your computer, editing it, and prepping it for the screen or print. If you're ready to progress beyond snapping simple pictures, then your journey starts here!

Dave Long of Canberra, Australia, has been a photographer for several years. He went digital in 2004 and now works exclusively in the digital domain. His favorite subjects are the environment and animals, but he enjoys photographing almost anything. Rarely seen without a camera, he believes it?s important to capture and reflect on moments and situations. Marc Campbell is a technology author, graphic designer, and instructor. His popular guides to computer graphics have appeared around the world in four languages. When he isn?t trying to beat a deadline, you can find him out and about in Center City Philadelphia or at home with the lights down and the phone ringer off, his nose in a story about Robin Hood. This is his eleventh book.