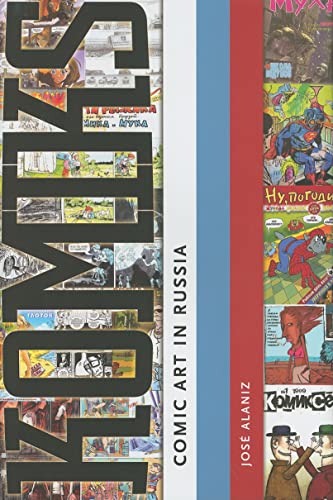 Jose Alaniz explores the problematic publication history of komiks--an art form much-maligned as ""bourgeois"" mass diversion before, during, and after the collapse of the USSR--with an emphasis on the last twenty years. Using archival research, interviews with major artists and publishers, and close readings of several works, Komiks: Comic Art in Russia provides heretofore unavailable access to the country's rich--but unknown--comics heritage. The study examines the dizzying experimental comics of the late Czarist and early revolutionary era, caricature from the satirical journal Krokodil, and the postwar series Petia Ryzhik (the ""Russian Tintin""). Detailed case studies include the Perestroika-era KOM studio, the first devoted to comics in the Soviet Union; post-Soviet comics in contemporary art; autobiography and the work of Nikolai Maslov; and women's comics by such artists as Lena Uzhinova, Namida, and Re-I. Alaniz examines such issues as anti-Americanism, censorship, the rise of consumerism, globalization (e.g., in Russian manga), the impact of the internet, and the hard-won establishment of a comics subculture in RussiaKomiks have often borne the brunt of ideological change--thriving in summers of relative freedom, freezing in hard winters of official disdain. This volume covers the art form's origins in religious icon-making and book illustration, and later the immensely popular lubok or woodblock print. Alaniz reveals comics' vilification and marginalization under the Communists, the art form's economic struggles, and its eventual internet ""migration"" in the post-Soviet era. This book shows that Russian comics, as with the people who made them, never had a ""normal life.""