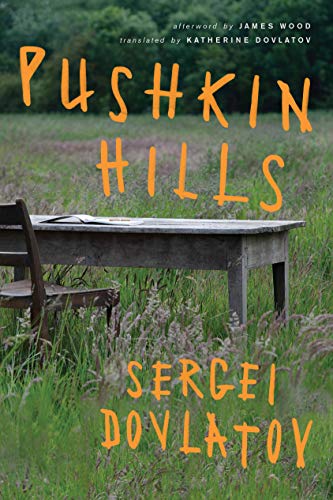 An unsuccessful writer and an inveterate alcoholic, Boris Alikhanov has recently divorced his wife Tatyana, and he is running out of money. The prospect of a summer job as a tour guide at the Pushkin Hills Preserve offers him hope of regaining some balance in life as his wife makes plans to emigrate to the West with their daughter Masha, but during Alikhanov’s stay in the rural estate of Mikhaylovskoye, his life continues to unravel.

Populated with unforgettable characters including Alikhanov’s fellow guides Mitrofanov and Pototsky, and the KGB officer Belyaev Pushkin Hills ranks among Dovlatov’s renowned works The Suitcase and The Zone as his most personal and poignant portrayal of the Russian attitude towards life and art.