The Book of Ivy (Entangled Teen) 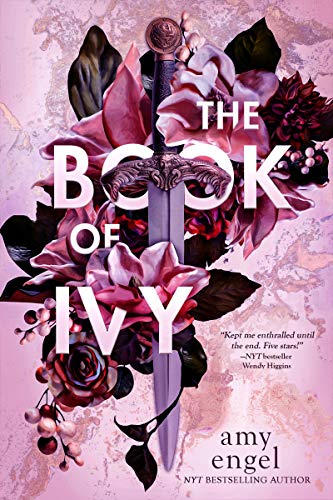 "Together with the emotionally fraught situation--simply having to share a house with a man is unsettling for Ivy--the book has immediacy, and there's justification for plenty of teenage angst. Ivy is forced to question her family's motivations as Bishop keeps surprising her, and she surprises herself with her growing feelings for him. The worldbuilding is mostly well-thought-out, with some complicated issues. . . . An intriguing start with a brave heroine." --Kirkus Reviews on The Book of Ivy "Thought-provoking, poignant, and sexy! Readers will burn the midnight oil to finish The Book of Ivy and fall asleep with the name Bishop Lattimer on their lips." --Regina at Mel, Erin, and Regina Read-A-Lot "The Book of Ivy has every ingredient you look for in an epic novel: from the spine-tingling plot and exhilarating characters, to every entrancing word penned by Amy Engel." --Kris at Insightful Minds Reviews "I enjoyed this novel so much that I polished it off in two sittings. There is no insta-love! There is no love triangle! Best of all, the protagonist actually has common sense, and she uses it! The slow-to-develop relationship is believable, and both Ivy and Bishop are easy to relate to. Waiting anxiously for Book 2!" --Julie at Magna Maniac Caf "With her debut, Amy Engel has pulled off one of the best dystopian romances that I have ever read. It was impossible to put down." --Kayla at Bibliophilia, Please

In a future where girls no longer control their own fates, sixteen-year-old Ivy Westfall has the power to give girls back their choices. If she's willing to commit murder to do it. After a brutal nuclear war, followed by famine and disease, the United States was left decimated. A small group of survivors eventually banded together, but only after more conflict over who would govern the new nation. Fifty years later, peace and control are maintained by marrying the daughters of the losing side to the sons of the winning group in a yearly ritual. This year, it is Ivy Westfall's turn to be married. Only her bridegroom is no average boy. He is Bishop Lattimer, the president's son. And Ivy's mission is not simply to marry him. Her mission, one she's been preparing for all her life, is to kill him and restore the Westfall family to power. But Bishop Lattimer turns out not to be the cruel, heartless boy her family warned her to expect. And as Bishop and Ivy navigate a tentative friendship that evolves into something more, Ivy is torn between loyalty to her family and following her own heart. She is a teenage girl caught in an adult web of manipulation, lies, and the struggle for power. Ultimately, she must decide what sacrifices are worth making for the lives of those she loves.

1. The Book of Ivy (Entangled Teen)

2. The Book of Ivy (Entangled Teen)