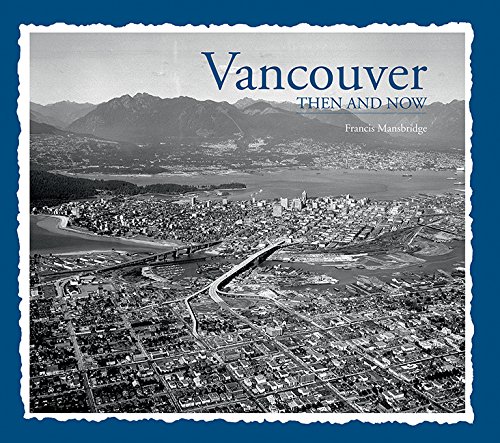 Surrounded by majestic mountains, verdant forests, and clear blue water, Vancouver is one of Canada's most visually stunning cities, both in terms of its natural beauty and its architectural history. This port city has been a tourist destination since the early 1900s, but after serving as the co-host of the 2010 Winter Olympic and Para-Olympic Games, Vancouver is getting more attention than ever before. Find out what makes it special in Vancouver Then and Now, a unique photographic history of the city. This Pacific Rim city has been influenced by decades of immigrants; Vancouver has the highest concentration of Chinese residents of any North American city. Check out the Millennium Gate and the Sam Kee Building in Chinatown and notice how much has -- and hasn't -- changed over the years. *Bounded on all sides by water, Vancouver is a city of bridges. Discover its beautiful waterways, including the Strait of Georgia, Burrard Inlet, and English Bay. Also explore the Granville Street Bridge, the Capilano Suspension Bridge, and the Lions Gate Bridge that connects the city to the North Shore *People flock to Vancouver for its gardens. Stroll through Stanley Park, along the Seawall, to the Lost Lagoon, the Hollow.

After a number of years teaching in the British Columbia college system Francis Mansbridge worked as archivist for the City and District of North Vancouver. He has written a biography of the Canadian poet Irving Layton. Subsequent books Launching History: The Saga of Burrard Dry Dock and Hollyburn: the Mountain and the City narrate two important Vancouver area stories.